Lionel Messi lifted Barcelona out of their recent slump with two goals in a vintage display as his side survived a tenacious Tottenham Hotspur fightback to claim a 4-2 victory in their Champions League Group B match in London. 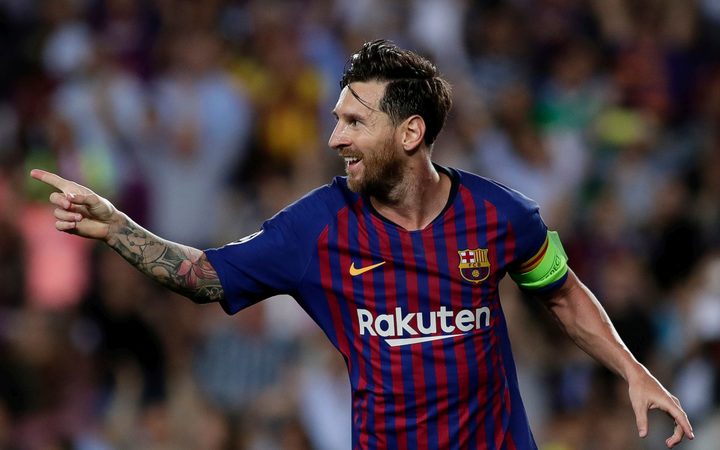 The mercurial Argentine lit up Wembley Stadium throughout a compelling clash and had a hand in Philippe Coutinho's second-minute opener before being involved again as Ivan Rakitic made it 2-0 after 28 minutes with a superb volley.

Messi made it 3-1 with a cool finish but Erik Lamela's deflected 66th-minute shot set up a pulsating finale in which Spurs came close to snatching a point that had seemed unlikely.

Barcelona were in danger of throwing away all their good work as Spurs poured forward but Messi calmly completed the job with his second goal in stoppage-time.

The Catalan club have now scored eight times in their opening two group games, with Messi getting five of them.

Barcelona and Inter Milan top the group with 6 points while Spurs and PSV Eindhoven have none.

Lorenzo Insigne's late winner gave Napoli a deserved 1-0 home victory over Liverpool that lifted the Italians to the top of Group C.

The Serie A side, who drew 0-0 away to Red Star Belgrade in their opening game, controlled large spells of the match at the Stadio San Paolo, but failed to break down last season's runners-up until the 90th minute. 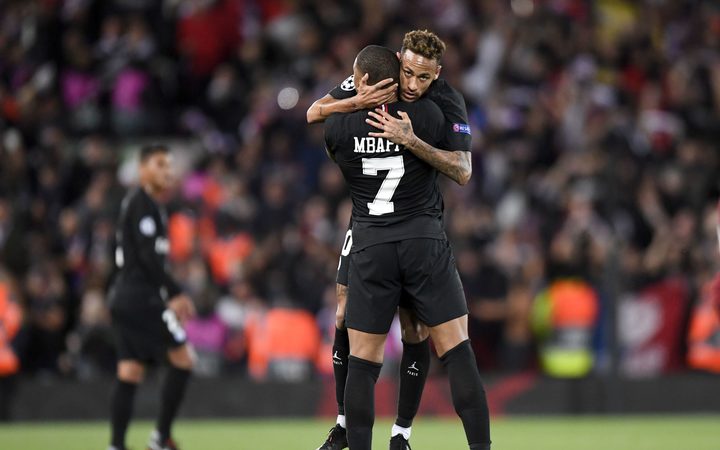 Napoli top the group with four points, with Paris St Germain and Liverpool on three and Red Star Belgrade on one.

Neymar scored a hat-trick as PSG thrashed the Serbians 6-1.