New Zealand NBA basketballer Steven Adams is again the player to watch out for in the NBA. 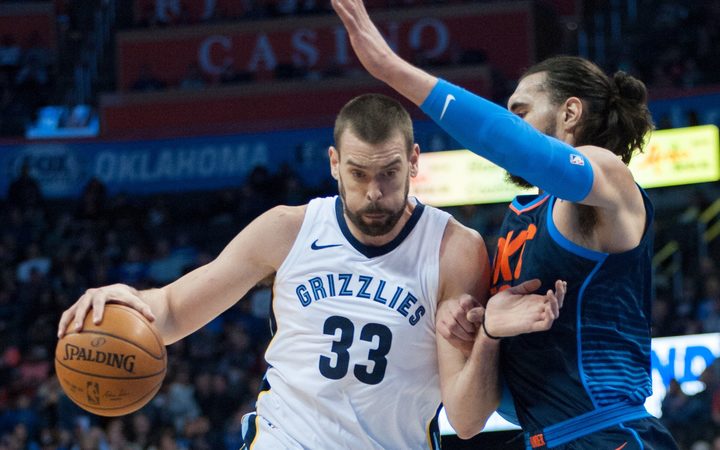 For the second successive year Adams has been voted the toughest player in the NBA.

In the annual survey of NBA club general managers, the Oklahoma City Thunder centre was a clear number one for the question "Who is the toughest player in the NBA?"

Last year Adams was first equal with 14 percent of the vote with Draymond Green of the Golden State Warriors and Kawhi Leonard who was then with the San Antonio Spurs.

However in this year's pre-season survey Adams comes out on top with 33 percent of the vote. LeBron James of the Lakers is second, with 13 percent.

Adams was asked about the survey results.

He also received votes for "Which active player will make the best head coach someday."

Steven Adams the toughest player in the NBA. Photo: NBA.com

The Golden State Warriors were clear favourites to retain their NBA title, receiving 87 percent of the vote.

The NBA annual GM survey asks 49 questions and GM's can't vote on their own team.