There are five newcomers named in the England rugby league squad for the Test series against New Zealand starting at the end of the month. 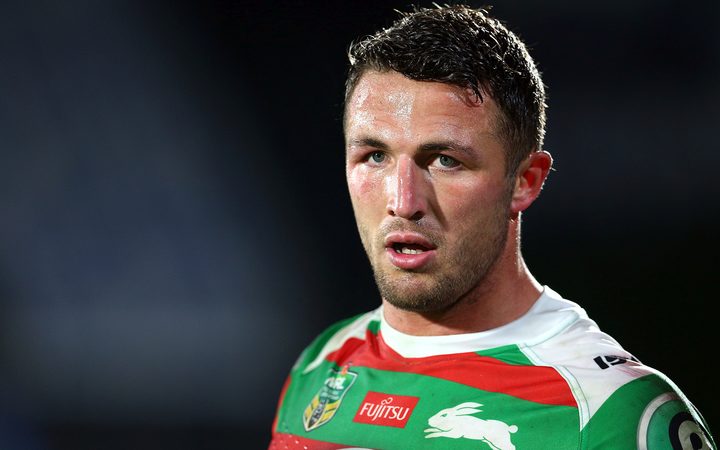 South Sydney forward George Burgess is set to be reunited with his brothers Sam and Tom on the international stage.

Burgess hasn't played alongside his siblings since the 2016 Four Nations Series when England last played on home soil.

Together, the Rabbitohs' trio will be the cornerstones of a 24-man England squad for Tests against France and New Zealand.

The others are St Helens prop Luke Thompson, 18th man for the mid-season Test against the Kiwis in Denver, Wigan second-rower Joe Greenwood, who has played just nine matches since his return from Gold Coast Titans, and Castleford loose forward Adam Milner. 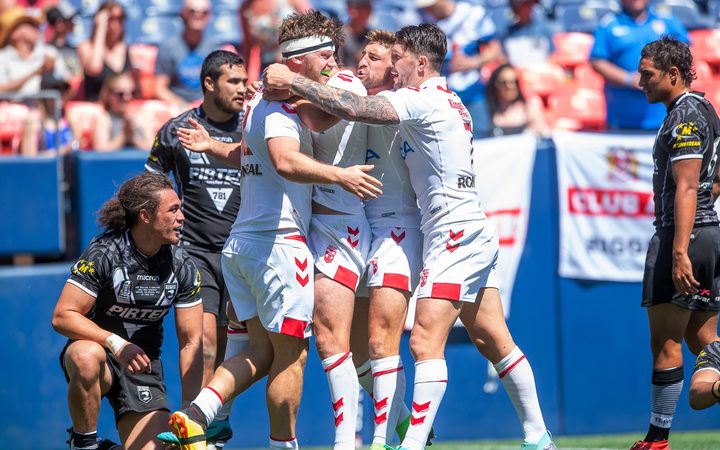 England celebrate a try against the Kiwis in Denver. Photo: Photosport

Former Warriors fullback Sam Tomkins is also back in the squad after a four-year absence.

Ruled out through injury are Gareth Widdop, Kallum Watkins, Ryan Hall, Ben Currie, Alex Walmsley and James Roby, the St Helens hooker who will have surgery at the end of the Super League season.

"The England team have an attractive and important series of matches this autumn and the players are relishing the prospect of representing their country in front of home crowds again," Bennett said.

"It's important that we build on the positive work of the last couple of years, including last year's World Cup and the Denver Test, against what we'd expect to be the usual stern challenge from the Kiwis."