When Joseph Manu says the 2018 rugby league season has been a dream year he means it, literally.

The powerhouse Sydney Roosters centre is on the verge of ticking off everything on his bucket list after playing a leading hand in the Roosters NRL grand final triumph.

At the start of the pre-season Manu started putting together a book in which he jotted down his training notes, tips on opposition players as well as his goals for each round. 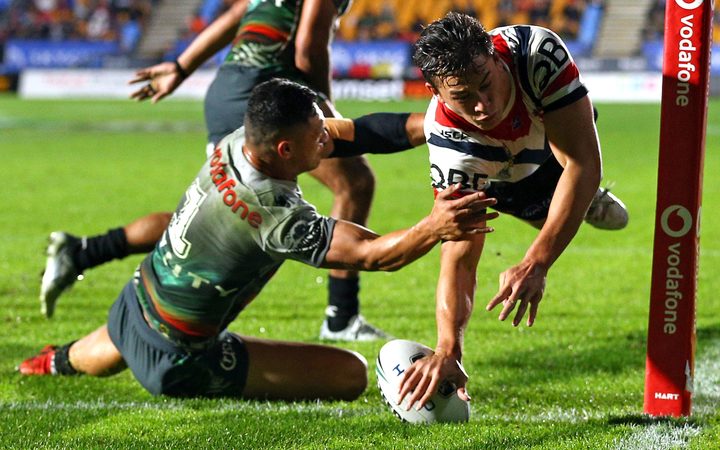 At the back of the book, he listed four goals for the year.

1: Establish himself as the Roosters' first-choice right centre. Tick.

4: Take the Provan-Summons trophy on a tour of his hometown Tokoroa in the Waikato region of New Zealand. He's working on that one.

Standing in the ANZ Stadium sheds following the Roosters' 21-6 victory over Melbourne on Sunday, Manu was euphoric as he showed off his premiership ring - a memento valued at $10,000.

"To win a grand final, I still can't believe, it's been the best year for me," he said.

"I've been playing some alright footy. I started believing midway through the year.

"This year didn't start off the best, but I found my confidence halfway the year. I wanted to win a premiership and I knew that."

This time last year, Manu had just been dropped by the Roosters for their finals campaign and was questioning whether he had what it takes to make it.

So the 22-year-old started his goal setting.

And he not only achieved those his dreams, he exceeded them amid grand final celebrations on Monday when he was named to make his New Zealand Test debut against Australia this month.

"I've got this book and at the start of the year I wrote in the back page my goals," he said.

"I had four goals. I didn't even know if I was going to make the team. My first goal was to just be the starting right centre for the Sydney Roosters.

"My second goal was to win a NRL ring.

"My third goal was to be happy. My last goal was to take the trophy back home to Tokoroa. My whole town won the premiership. No doubt they'll be partying."