The All Blacks are done with basking in the glory of claiming a third successive Rugby Championship title and focused instead on avenging their shock loss to South Africa.

New Zealand's 35-17 win over Argentina in Buenos Aires at the weekend ensured another southern hemisphere championship for the All Blacks but that will not lead to any slackening of against the Springboks in Pretoria says Perenara.

"We're so focused on the next job and winning games and being the best footy players that we can be that we don't often have time to reflect on what we've achieved," Perenara, who celebrated his 50th cap in Velez Sarsfield win, told New Zealand media.

"We've finished that game and my mind's not about my 50th game, my mind's on (this) week in Pretoria and trying to right a wrong from a couple of weeks ago.

"That will be a part of the motivation. Knowing they beat us a couple of weeks ago is disappointing and it hurts," he said. 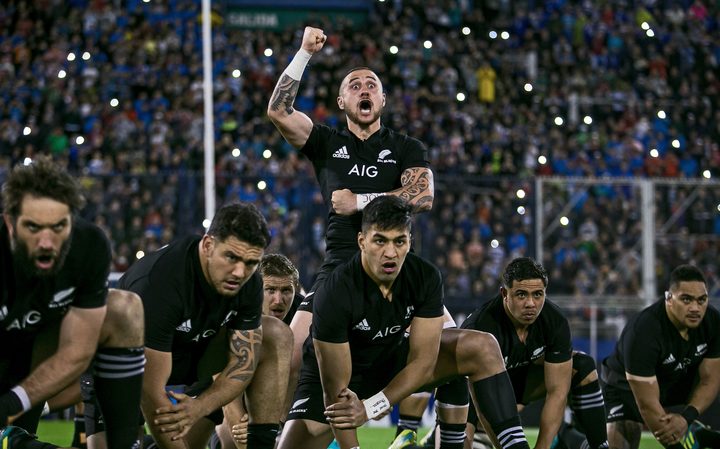 T J Perenara says the All Blacks are focused on avenging their surprise loss to the Springboks and won't be basking in another Rugby Championship success. Photo: Photosport

"Our major motivator is that we want to be better than we were the week before... if we don't improve on what we did tonight (against Argentina) that's a failure for us. We need to be growing day to day and week to week."

The All Blacks head into the match at Loftus Versfeld with renewed confidence in first five eight Beauden Barrett's kicking. He enjoyed a perfect night off the tee against Argentina after missing four of his six shots against South Africa.

"That's the kind of character he is," Perenara said.

"He doesn't read too much into the hype or what the media... or the critics say. He does his job. Every now and then he'll miss a couple of kicks, but that's part of being a goal kicker."