The Spanish rider Ana Carrasco has become the first female rider to win a motorbike world championship, winning the title by a single point over countryman Mika Perez.

The championship was decided in the most dramatic way possible, coming down to the last lap of the final race of the season at Magny-Cours in France.

With championship rival Perez needing a victory to claim the title for himself, Carrasco battled to a 13th placed finish starting from 25th on the grid.

Perez had been leading the race on the final lap, but was overtaken on the penultimate corner by Daniel Valle, who claimed his maiden Supersport 300 race victory. 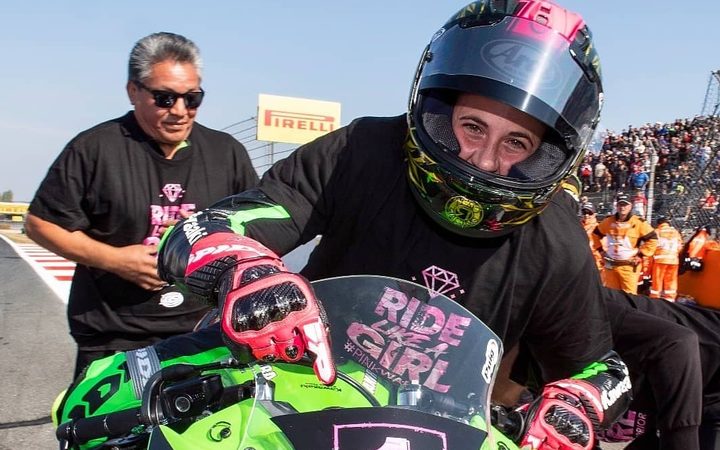 After the race, Carrasco dedicated her victory to Luis Salom, a Spanish rider who died during Moto2 practice in 2016 and was the cousin of her team boss, David Salom.

"It's unbelievable for me, we worked so hard to be here," she said.

"I wanted to dedicate this title to Luis Salom, because we were good friends and the day we lost him I promised myself to dedicate my first title to him."

Carrasco won races at Imola and Donington Park on the way to her historic triumph. 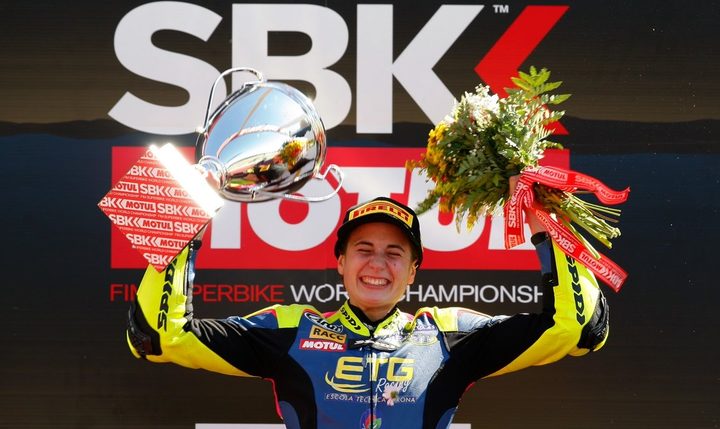 Nita Korhonen, the director of the women in motorcycling commission, heralded Carrasco's achievement as a major milestone in the sport.

"Today Ana has made a historical achievement which will not only have an influence on herself but the whole motorcycling scene," Korhonen said.

"Ana has shown that winning this kind of high level title has nothing to do with the gender but the talent."

Last year Carrasco, who has been riding bikes since she was three years old, became the first female rider to win a world championship race, with a dramatic victory in the Portuguese Grand Prix at the Autodromo Internacional do Algarve in Portimao.