The former Crusaders coach Todd Blackadder has signed on for another year with English rugby club Bath. 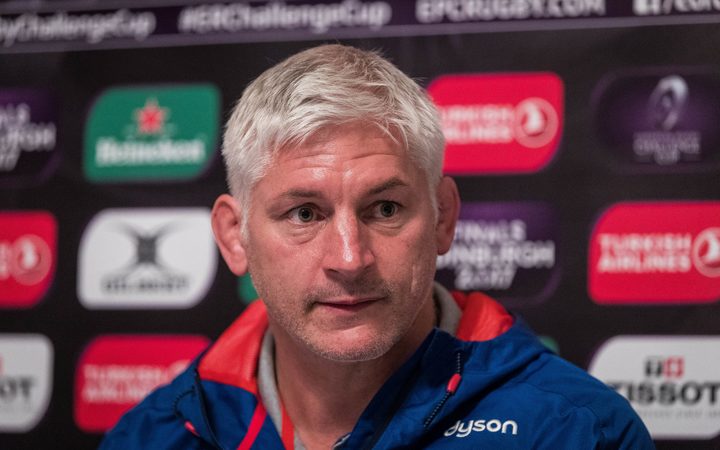 Blackadder has signed a one-year contract extension until June 2020.

The Premiership club have also confirmed former captain Stuart Hooper will become Blackadder's successor when the New Zealander decides to move on.

First team coaches Toby Booth and Darren Edwards will leave the club at the end of this season.

Former All Blacks captain Blackadder, 47, originally signed a three-year deal at The Rec when he joined in 2016.

It also confirmed Blackadder will have the option to extend his contract beyond 2020 should he and the club wish to.

"Todd has committed that he will move on when the club is ready," McDonald said.

"That readiness will be predicated on our next step, which will be when Stuart Hooper proves his readiness to take on the leadership of our rugby department."

Hooper was promoted to the role of general manager earlier this season having previously been performance and player development director after his retirement in April 2016.