Rixon has opened up on his two years as fielding coach of the Pakistan side telling ESPNcricinfo he had "not once" been paid on time.

Rixon said that was the reason he quit the role deciding he "didn't need it that much", and opted to walk out rather than have to deal with what he believed to be a lack of professionalism on his employer's part.

The former New Zealand player Grant Bradburn has replaced Rixon in the role.

"I never got paid on time," Rixon told ESPNcricinfo.

"It's disrespectful, and the disrespect came from the fact that nothing was paid on time to the subsidiary staff. 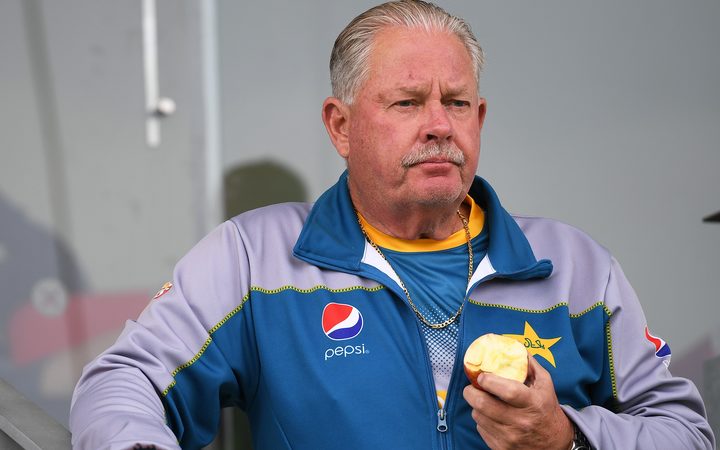 Steve Rixon has lashed out at Pakistan cricket authorities after his time as fielding coach of the national side. Photo: Photosport

"Indecision was the other thing. Whenever something needed to be done, and my contract was one of those things, that took over five months to get clarified. They thought I'd just roll over and accept it right at the eleventh hour but I didn't do that as I'd basically had enough of it at that stage.

"I've been involved with coaching for 30 years. I enjoy the game a huge amount and I never want to finish a job at cricket not enjoying it. And that's what probably would have happened if I'd stayed on there."

Refusing to point the finger directly at anyone, Rixon said the PCB needed to learn to treat overseas staff well.

He pointed to the fact that the PCB's conduct had put off Darren Berry from replacing Rixon as Pakistan's fielding coach - the PCB's clear first choice - and forgoing the services of such professionals was "stupidity".

"Darren Berry eventually refused to do the job, and I was left out at that particular time when things were going so well," said Rixon.

"When I say 'stupid', it's those decisions I'm talking about. If you want overseas staff to come and do a job they've started to do which was going extremely well, don't treat people like that."

Rixon, who had last month mentioned he was "horribly worried" Pakistan would slip back into old ways if they didn't have someone to drum fielding standards into them, said some of the things that had concerned him had already started to happen.

Pakistan were knocked out of the Asia Cup by Bangladesh on Wednesday. The tournament was notable for Pakistan in that it was the first time since the team appeared to have turned a corner under Mickey Arthur that fielding standards sharply dropped.

Before the Bangladesh game, the catching rate at the tournament stood at a mere 30%, with eight chances put down in two crunch games alone. For Rixon, it highlighted the importance of not letting up on the Pakistan players who, he felt, tended to relax as soon as things began to go well.

"The concentration level of a lot of our players is very minimal when it comes to the fielding aspect, and we tend to relax when things start to go okay. When we think we're getting on top is when the danger time starts; that's the most vulnerable time for our boys. When one thing goes wrong, it's like a snowball effect.

"That's when things start to happen in bulk and that's obviously what's happened of late. But it's more our level of concentration. You have to stay on top of these boys at all times. Don't relax at any stage and keep the work ethic as high as possible because if you don't, they'll fall off as quick as they started." 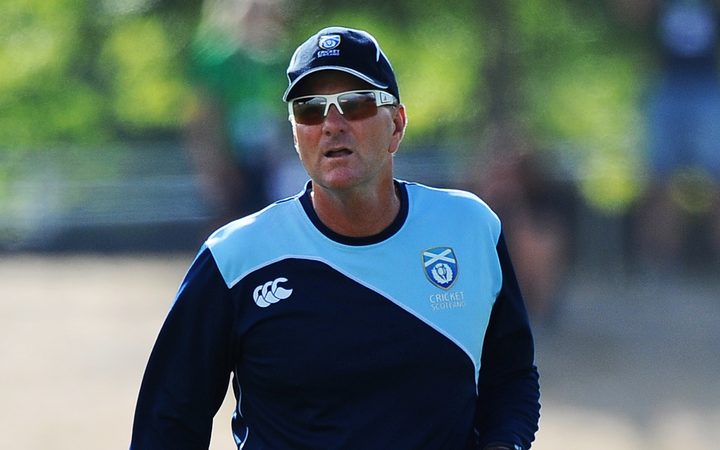 Grant Bradburn has joined Pakistan after a term with Scotland. Photo: Photosport

Bradburn, was a member of the New Zealand side during Rixon's term as New Zealand coach from 1996-99.

Rixon said he didn't know much of Bradburn's fielding credentials but does remember him as a good fielder.

"I think he'll do a very good job, he's a guy that has been from an era where fielding became a massive part of the way we train. When I was with NZ, all the provinces talked about the same philosophy of fielding and started to place emphasis on it. But they need to keep pushing those boys, and if they get that part right, I'm sure it'll turn out okay."

The PCB, issued a statement rejecting Steve Rixon's "baseless" allegations", saying they came "as a surprise".

"The PCB spokesman wishes to clarify that the Board has enjoyed cordial relations with all current and former foreign staff attached with national teams.

"Mr. Steve Rixon was a good coach who worked hard with the players and certainly helped improve team's fielding in the last two years. It comes as a surprise to us that Mr. Rixon made unfounded allegations against PCB."