The brilliance of Chelsea's Eden Hazard has ended Liverpool's 100 per cent winning start to the season as the London side enjoyed a 2-1 win at Anfield in the League Cup third round.

Liverpool have started with six wins in the Premier League and a victory in the Champions League but they were knocked out of the League Cup thanks to a superb solo goal from Hazard with only minutes to play.

Daniel Sturridge put Liverpool in front before Emerson levelled for Chelsea in the 79th, after Simon Mignolet parried out a Ross Barkley header from a free kick whipped in by Hazard. 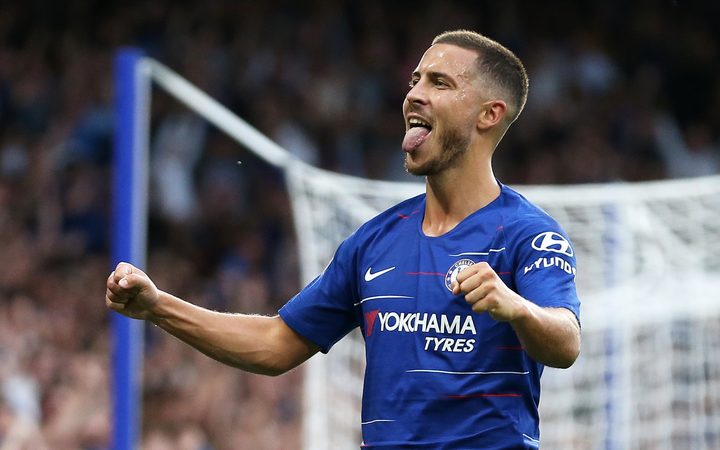 The Belgian forward, a second half substitute, won the game with a devastating finish after a powerful run in from the flank, leaving two Liverpool defenders behind before firing into the far corner.

Such is Hazard's talent, the Belgian is not even sure the goal will make his own top-five best strikes.

"I don't know, I need to watch it again, but for sure it's on top of the list also because it's Liverpool," he told Sky Sports.

"When I received the ball I just looked for one, I see on my own so I just tried to do what I can do and I did well so we can go through.

"But I think the game on (Sunday) is going to be more important because of the win today and in the league they are also incredible. Let's hope for a good game."

The teams face each other at Stamford Bridge on Sunday in the Premier League.