Roger Tuivasa-Sheck has become the first Warrior to win the Dally M medal as the Kiwi fullback heralded a new generation of talent in the NRL. 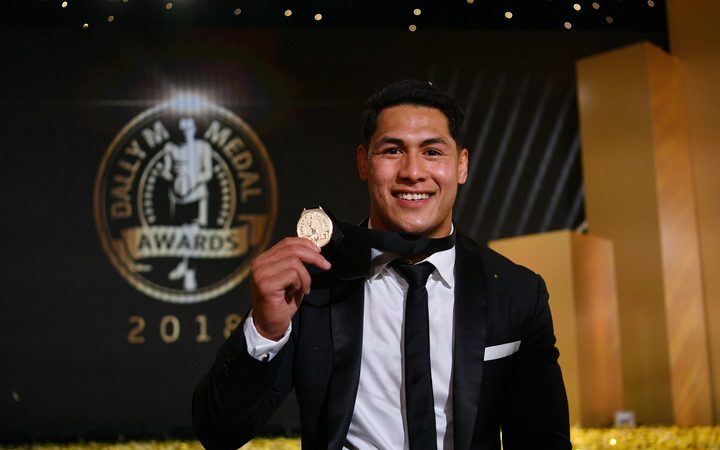 In a sign of the changing times, none of the top five - which also included Luke Brooks and Mitchell Pearce - have previously polled in the top five positions at the Dally Ms during their career.

The Warriors fullback trailed by one vote with a round to go, but polled three points in the final round against Canberra while Ponga remained on the sideline injured.

In doing so, he became the first fullback to win the award since Ben Barba in 2012, as he averaged 167 metres a match and busted through a total of 92 tackles.

"I'm just blown away to be up here holding this award," Tuivasa-Sheck said.

"It's crazy the generation that is coming through. Damien Cook, Valentine Holmes, Kalyn Ponga and Luke Brooks still real young and being mentioned up there.

"It's an exciting year for rugby league and exciting for what's yet to come."

Meanwhile Pearce's effort to finish fifth - and just six points off the pace - in his first year at Newcastle is most impressive considering he missed nine games through injury in the middle of the season. 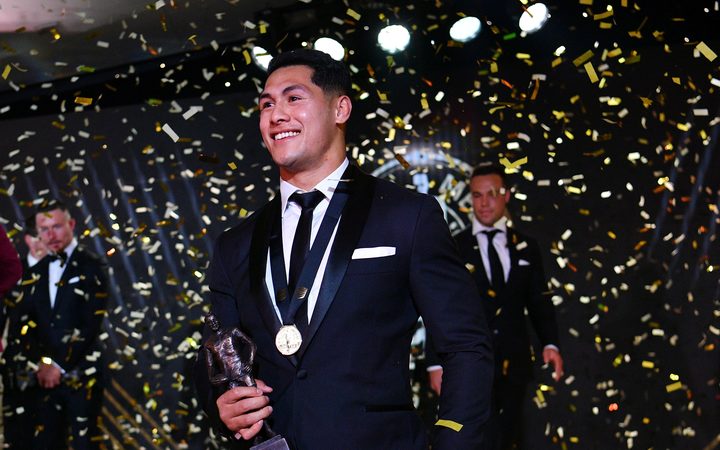 In other awards, Melbourne skipper Cameron Smith won captain of the year, South Sydney's Anthony Seibold was coach of the year and Brisbane's Isaako was the rookie of the year after leading the point-scoring race.

Symbolic of the closest competition in the NRL's history, no club had more than one starting player in the Dally M team of the year.

Sunday's grand finalists Melbourne and the Sydney Roosters both had one pick, with Cameron Munster at five-eighth and Blake Ferguson as winger.

Meanwhile South Sydney's Damien Cook picked up both the Dally M hooker of the year award and the Provan Summons people's choice medal.

Brisbane's Brittany Breayley was the NRL women's player of the competition, while Gold Coast captain Ryan James won the Ken Stephen medal for his community work.