A new cuddly, feely Tiger Woods was on display for the media on Wednesday (NZ time). 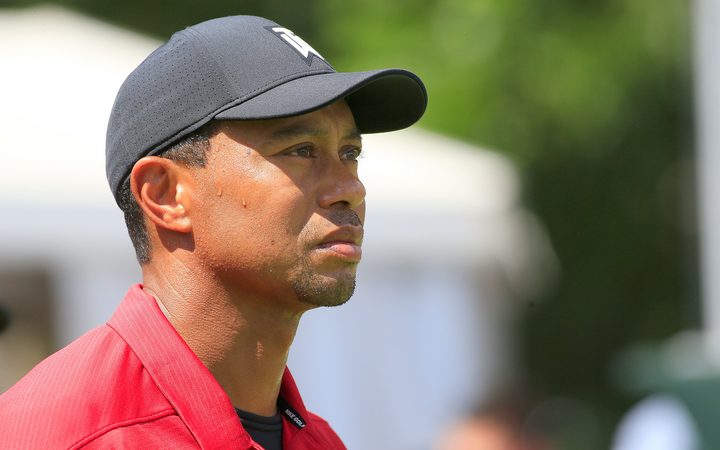 But after professing his delight at making the Ryder Cup team and thanking his captain for picking him, the mask eventually slipped to reveal a chilling reminder of Tiger Mark I.

Woods' triumph in the PGA Tour Championship, his first since 2013, has catapulted him spectacularly back into the limelight and, after missing the last two editions of the Europe v US showdown, he is once again the centre of attention in Paris.

In his devastating pomp, Woods had an aura that left many rivals defeated before they walked on to the first tee, though that all too rarely translated into Ryder Cup success.

In the last few years, however, as injury and personal issues sidelined him, a new generation of young players have taken over the game, respecting what they thought was his legacy but certainly no longer fearing the 42-year-old.

Now, having bared his teeth again to give them a glimpse of what they missed while they were still in school, Tiger is back on the hunt.

"A lot of these younger guys were on their way in when I was on my way out. They had never really played against me when I was playing well," Woods told a news conference.

"I think that when my game is there... I feel like I've always been a tough person to beat. They have jokingly been saying 'We want to go against you'. "All right. Here you go,".

Woods spoke with the knowing smile of a man whose win rate when leading a tournament after three rounds is well over 90 percent, compared with a PGA average of around 40 percent.

When it comes to the Ryder Cup, however, Tiger's dry run is far longer: The only time he has been on a winning team was in 1999, with six defeats alongside that in the locker.

"That record's not something that I have really enjoyed and I've really liked seeing," he said.

"I've played a lot of the matches - in seven Ryder Cups, I've sat out one session. We haven't done well. When we won in 2008, I had knee surgery and didn't play and I was a vice captain in 2016, but it's different being a player."

Many of those defeats came as part of Europe's 25-year home stranglehold on the Cup, a domination that Woods put down to their ability to finish the job.

"I remember being a part of some of the Presidents Cup (where the US plays the Rest of the World) teams that Jack (Nicklaus) had captained and he said it's plain and simple: Who wins the 18th hole?.

"If you're one up, you lose the last hole, go to even, or you win the last hole and you get a point; these little half-point and point swings are enormous over the course of the Cup.

"The winning teams that I've been a part of in The Presidents Cup, we've handled the 18th hole well. In The Ryder Cup, we haven't."