Stuart Law will leave his role as West Indies cricket head coach to take over English County Championship side Middlesex. 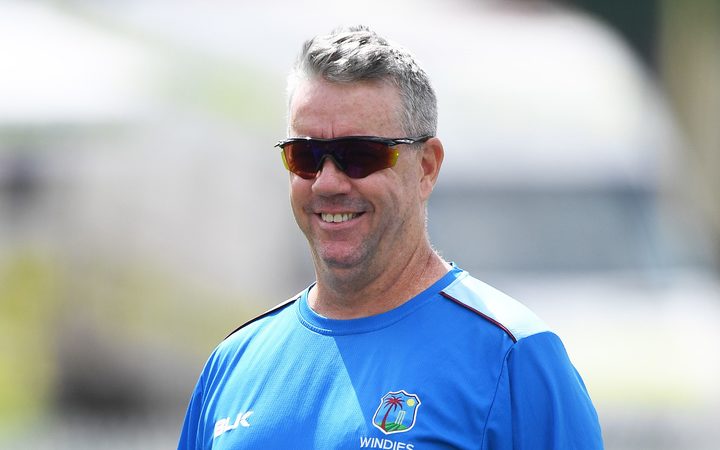 The 49-year-old former Australia batsman has agreed to a four-year deal with the county and will begin his new job in January following the West Indies' tours of India and Bangladesh.

His appointment means Twenty20 coach Daniel Vettori will leave after two seasons with the club.

"It is a great privilege to be asked to coach Middlesex and to accept one of the plum jobs in world cricket," Law said.

The Queenslander has previously served as Australia batting coach during their 2016 tour of Sri Lanka, which they lost 3-0 in a series whitewash.

Law took over from Phil Simmons, who was sacked in September 2016 on disciplinary grounds.

He coached West Indies over 32 Tests - winning nine of them, including a famous chase of 322 at Headingley.

Both his and his team's records were more impressive in T20Is - eight wins in 19 matches including victory over a World XI team at Lord's in May.

It was a different story in ODIs, though, with West Indies failing to make it to the Champions Trophy and having to earn their place in the 2019 World Cup by competing in a qualifying tournament.