Timeline for Tiger Woods in the five years between his 79th and 80th PGA Tour victories:

2013 - Captures his 79th PGA Tour title at the WGC-Bridgestone Invitational in August.

2014 - A week before the Masters in April, Woods announces that he requires back surgery, forcing him to miss the year's opening major for the first time since 1994.

He returned to competition in June but struggled on with back pain.

2015 - Posts the worst score of his professional career in June, a 13-over-par 85 in the third round of the Memorial tournament in Ohio. 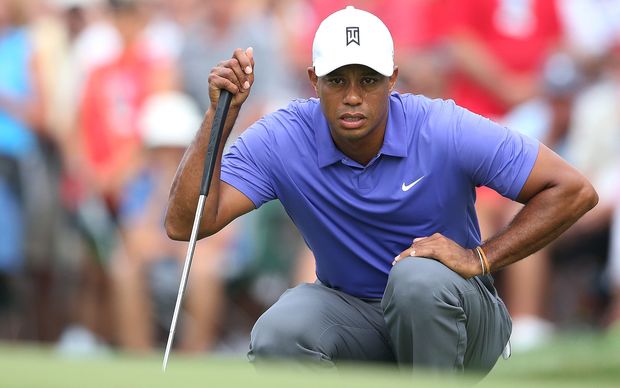 2015 - Woods has a second microdiscectomy performed in September with a follow-up procedure six weeks later, forcing him to shut down his playing schedule indefinitely.

2016 - In April, he plays his first stretch of holes in eight months at a golf course opening in Montgomery, Texas.

2016 - Misses all four major championships in a season for the first time in his career.

2016 - In September announces that he hopes to make his competitive return to golf at the PGA Tour's Safeway Open in California the following month.

2016 - Three days before the start of the Safeway Open, pulls out, saying his game is not sharp enough to compete at the highest level.

2017 - Woods ends 17 months on the sidelines by playing the Farmers Insurance Open, where he misses the cut.

The following week he pulls out of the European Tour's Dubai Desert Classic before the second round, citing back spasms.

2017 - Undergoes lumbar fusion surgery in April. The procedure involves fusing two vertebrae in his lower back into a single structure.

2017 - Arrested after being found asleep at the wheel of his parked car in Florida in May. Toxicology report reveals he had five drugs in his system, but no alcohol. 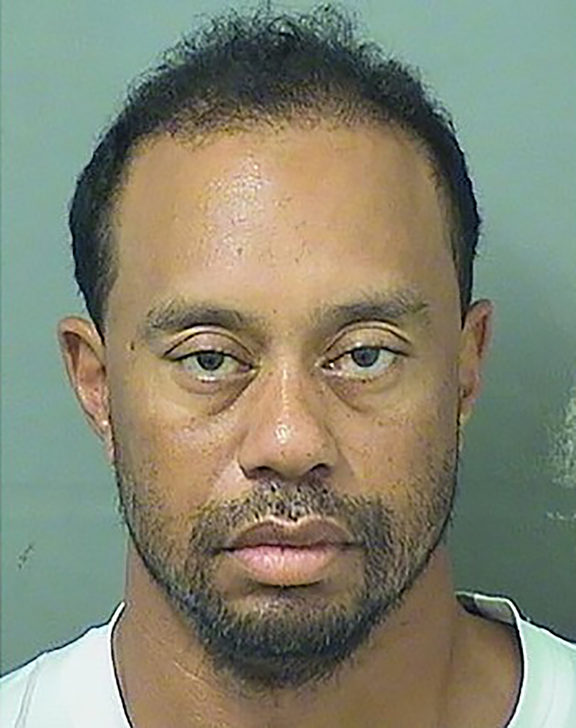 2017 - Woods returns to competition in November at the unofficial World Challenge, finishing equal ninth in the 18-man field.

2018 - After being among the title contenders at several tournaments during the season, Woods ends his five-year barren run by clinching the Tour Championship, his 80th PGA Tour victory, leaving him two shy of the all-time mark held by Sam Snead.