New Zealand under 16 men's football team have successfully defended the OFC title for the seventh consecutive time after beating Solomon Islands 5 to 4 in a shoot-out. 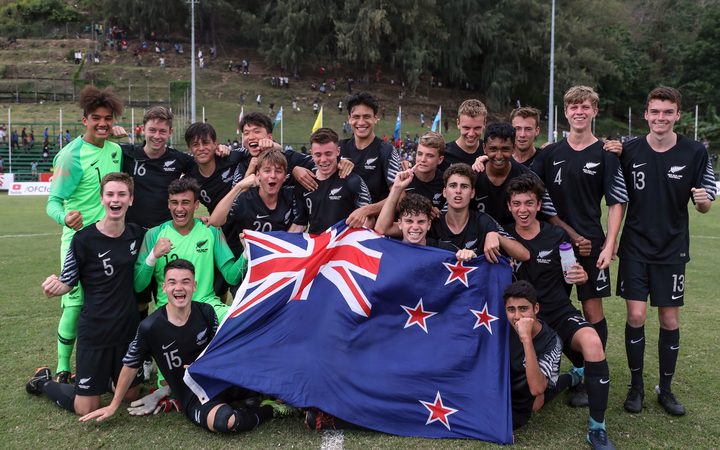 Out to exact revenge after losing 5-nil to the Solomons in pool play, New Zealand went on to win 5 to 4 in a dramatic penalty shoot-out at Honiara's Lawson Tama Stadium.

The home side had a chance to secure the win via a penalty goal shortly before full-time but a successful deflection by New Zealand goalkeeper Alex Paulsen sending the game into deeper minutes.

With both teams shooting 2 successful shoot-out goals apiece, goalkeeper Paulsen was at it again when it mattered most defending Solomon Island's third attempt to give his side the lead.

With the shoot-out score at 4 all, a final attempt by New Zealand was make or break in securing the OFC title.

Under immense pressure it was Sean Bright that stepped up for the final kick scoring the winning goal to retain the OFC for the seventh consecutive time.

"We've got to thank our goalkeeper right at the end there coming up big, I think after the last drinks break we had to roll our sleeves up and dig in," says head coach Jose Figueira.

"This week and last week we trained for penalties and good to see the boys stick to the process and come up when it mattered."

"What the boys have learnt and gone through and succeeded is only going to do huge things for us moving forward to the world cup next year.