Tiger Woods pulled off a series of great escapes to earn his first 36-hole lead in three years despite a poor ball-striking performance on day two at the Tour Championship in Atlanta. 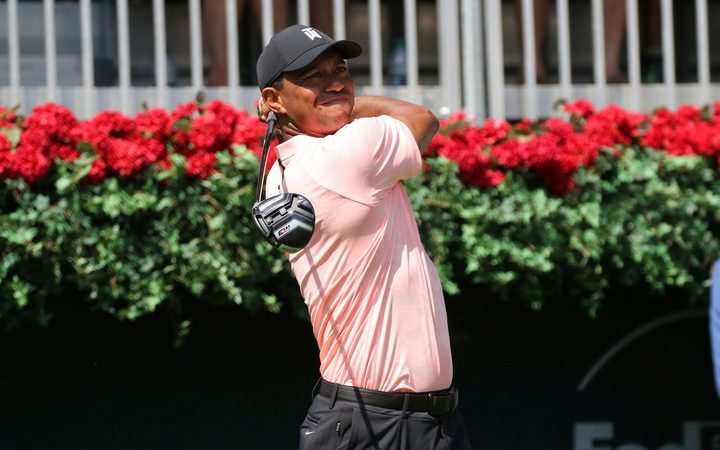 A day after a red-hot Woods posted a five-under-par 65, he found himself constantly escaping from the trees but managed a 68 to maintain a share of the halfway lead at seven under.

Justin Rose (67) is tied with Woods, while four-time major winner Rory McIlroy (68) is solo third at five under.

Woods hit just seven of 14 fairways on Friday and only 11 of 18 greens, his tee- to-green woes epitomised by a double-bogey six at the par-4 16th hole and a three-putt bogey at the ninth.

But two-time Tour Championship winner Woods took his opportunities when they came and converted five birdies, while saving par five times from the seven greens he missed.

The 14-time major winner said grinding out a score to grab his first halfway lead since the 2015 Wyndham Championship was inspiring.

"Rounds like today are hard, mentally, because you have to grind it out," Woods said.

"You're not quite as sharp; it's easy to shoot low scores when you're sharp.

"It's a little bit more difficult to post a low number when I'm off and I was able to do that and I kept myself in the tournament."

Although Woods has ignited hopes of capping his injury comeback season with a storybook 80th US Tour victory, he insisted there was a long way to go.

"Well, I need to get there first, and that's my responsibility to get there," Woods said.

"I've got 36 more holes to go, but hopefully I'll be answering that question come Sunday night."

American Bryson DeChambeau leads the Fedex Cup standings, but he's currently at the back of the field, 13 shots from the leaders.