Skipper Laura Langman says it's too early in New Zealand's new netball regime to expect an upset win over Australia. 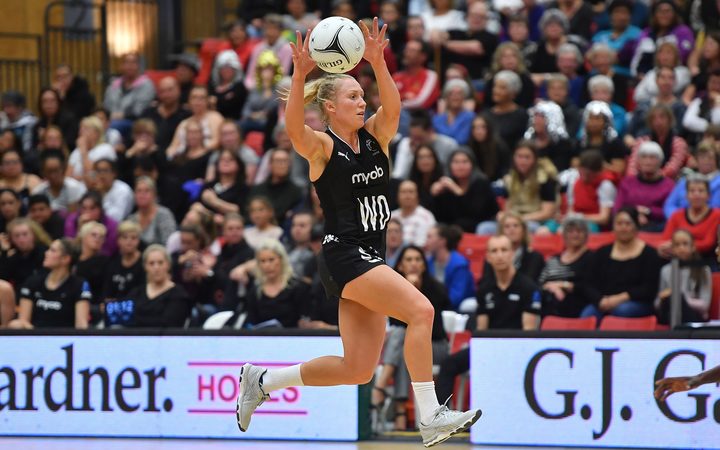 The veteran midcourter's form in her return to the Silver Ferns has given some hope they can clamber back to the global top table currently shared only by the world champion Diamonds and Commonwealth Games gold medallists England.

Three weeks into their new jobs, new coach Noeline Taurua and Langman have set about overhauling the team's methods.

They'll get a measure of their progress in Sunday's final Quad Series Test against unbeaten Australia in Melbourne.

It will be the first of five successive clashes between the two rivals, with a four-match Constellation Cup series to play out in October.

There were flickers of impressive Silver Ferns play in Tuesday's 24-point win over South Africa in Tauranga, suggesting they could mount a serious challenge against Lisa Alexander's team.

However, Langman dodged such sentiment, pointing to the mountain of work that lies ahead if they are to fully emerge from the misery of their fourth placing at the Commonwealth Games in April.

A host of frailties were evident during last week's opening 13-goal loss to England, most notably in the shooting circle.

While they improved against the Proteas, it still wasn't at the level needed to challenge an Australian team who have won the last six trans-Tasman Tests.

"We're realistic. It's always nice to have a win but for us, we want the product to be right. We want to be putting out there a consistent performance quarter after quarter," Langman said.

"At times we let (South Africa) off the hook there with decision-making."

Langman and in-form wing attack Gina Crampton were the only members of Sunday's likely starting team not involved in the 65-44 Games semi-final hammering from Australia on the Gold Coast.

Taurua shapes as a key figure, being familiar with the Australian style through her successful tenure with the two-time Super Netball champions Sunshine Coast Lightning.

However, Taurua hasn't spent as much time analysing the Diamonds as she'd like, instead pouring her time into improving New Zealand.