The 25-year-old, who wore the polka dot king of the mountain jersey briefly in this year's Tour de France, has signed a two year deal. 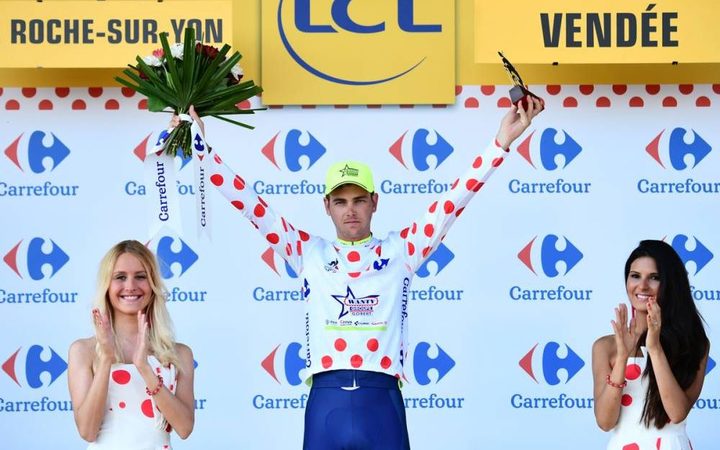 Head sport director Matt White to believe that Smith 'is ready for that next step into the WorldTour'.

"We were looking for a versatile guy and Dion is a pretty versatile character. He can do a bit of everything, he can handle himself in the flemish classics, he's fast but not a pure sprinter, he can climb good, he is a real racer.

"This will be his first WorldTour team, he has been with Wanty-Groupe Gobert for a couple of years after One Pro Cycling and I think he is ready for that next step into the WorldTour.

"He has obviously done two Tour de France's but to be regularly racing stage races in the WorldTour will be good for him. I think he will fit into our team very well, a lot of the guys already know him."

"Reaching the top level in professional cycling is a massive goal of mine and now I am 25 and about to sign for a WorldTour team, but not only that, with the team that I've aspired to be a part of for years being a rider from the Southern Hemisphere. Mitchelton-SCOTT has always been an exciting dream.

"The last two years with Team Wanty Groupe Gobert has provided me with vast amounts of experience and opportunities in the biggest races on the calendar. It's been a great stepping stone and important for my career.

"I'm stoked to be on a team with lots of guys I look up to and that I am mates with too. Daryl Impey is a rider I am looking forward to learning from as he has so many years on me and has progressed in to a world class rider. I think Michelton-SCOTT has helped him become the rider he is now and I see myself becoming a similar rider to Daryl.

"I'm looking forward to using my versatility not only for myself but the rest of the team throughout the next two seasons. I can't wait to get stuck in and pull on some new colours."