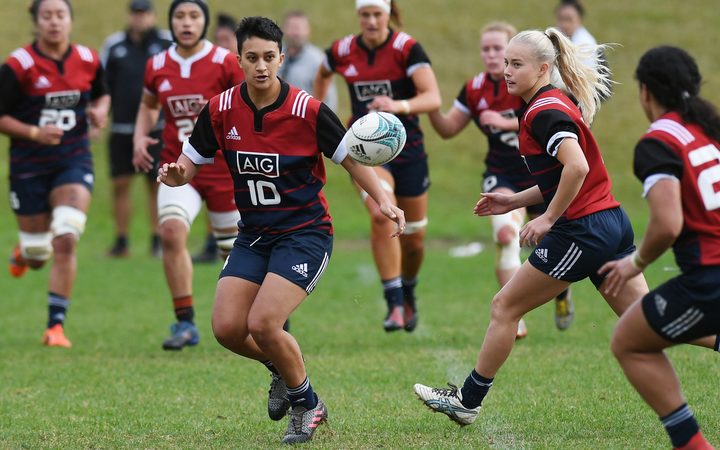 New Zealand Rugby's search for the next 'Superstar of Sevens' has attracted an overwhelming response.

Tagged Ignite 7, the national body's new programme put the call out within rugby and well beyond in July, searching for athletes who might one day light up a sport thriving in the wake of its first Olympic appearance.

More than 500 applicants have been whittled down to 96 - with three males and three females set to earn a chance to train with the world champion New Zealand men's and women's squads.

One of those applicants is Grace Steinmetz.

Despite coming from a family mad about it - rugby was not one of the many sports Steinmetz played growing up on the Kapiti coast.

But in the space of 10 months, the 20-year-old whose uncle Paul played 1 test for the All Blacks - has gone from rugby novice to potentially being the next big thing in New Zealand sevens.

The national touch representative and New Zealand universities hockey player said she had no hesitation applying for Ignite 7 when it was launched in July.

"I just saw it straight away and thought 'this is an awes opportunity'.

"You've got four days to put your best foot forward and at the end of it you could be one of the lucky three to come out in the development team.

"That means one day you could pick up a contract and be wearing the fern."

Steinmetz is one of 48 young women - along with 48 young men - hand picked to be put through their paces in Auckland over four days in November.

The 96 athletes were successful among a pool of applicants of more than 500 - 119 of which came from non-rugby backgrounds.

New Zealand Rugby high performance sevens manager Tony Philp said - in a country renowned as a world leader in rugby - Ignite 7 was about following the lead of others. 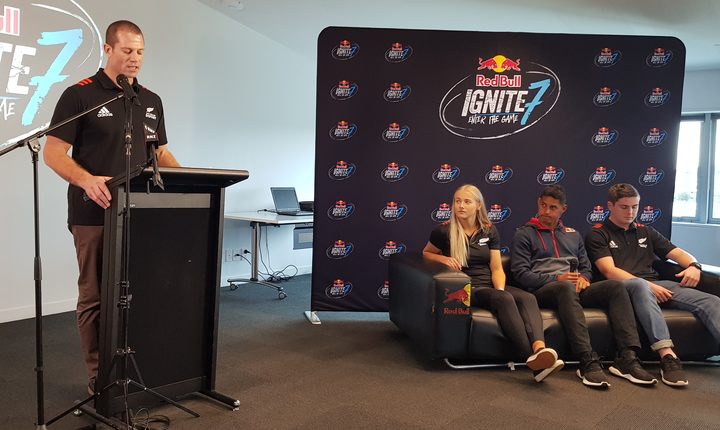 "The overseas countries who don't have that structured pathways, they've picked up a lot of players from other sports.

"We want to make sure we've covered that net as well, to give those people those entry points to come and play our sport."

The ability of non-rugby players to shine in sevens has been proven by the likes of women's stars Portia Woodman and Michaela Blyde - who were discovered by a similar campaign prior to the sport's Olympic debut at Rio in 2016.

Philp said the possibilities - with applicants from snow sports to martial arts and everything in between - were exactly the same this time around.

"We could see an athlete from here got to the Olympics in 2020 and also [it builds] depth and development for 2024.

"If they're willing to work hard and they're coachable and they've got some x-factor, who knows, our coaches will select them."

Another one of those hoping to be selected as one of the six to join the national development squads is Auckland's Mark Graham.

The 20-year-old represented New Zealand in age-group rugby league and spent several years in the Warriors development programme - but jumped at the chance presented by league's rival code.

"It's not really often you see new sports introduced into the Olympics.

"With sevens being there and New Zealand's dominance in that sphere for so long, it's definitely exciting for young athletes coming up in New Zealand."

To ultimately be successful in November - though - Graham knows he'll need more than enthusiasm.

Philp said the decision makers have a clear idea of the attributes they are looking for.

"Then we have to be able to teach them the game, so they have to be coachable. They're the things we really look for.

Steinmetz is looking forward to the chance to prove she has all those qualities.

A chance - growing up in a rugby-mad family on the Kapiti coast - she never dreamed she'd ever have.

"Seeing that it's not just guys that can do it, seeing that with girls it's now professional, it's just amazing.

"Growing up, girls playing rugby, I didn't do it myself but from a young buck you wouldn't have thought it could have been your job one day.

"Now that it can, it's definitely a driver for lots of people."

Music to the ears of New Zealand Rugby - in their quest to ensure they stay at the top in both forms of the game.