The Tonga coach Kristian Woolf has praised the players' commitment to the Mate Ma'a cause after naming a strong 29-man squad for next month's historic Test against the Kangaroos in Auckland. 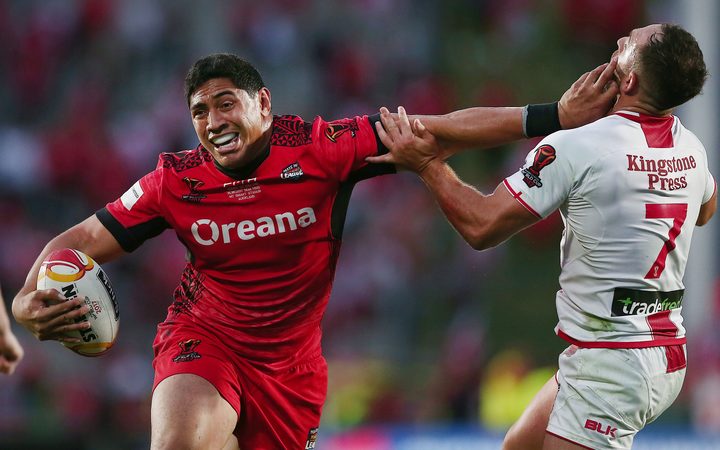 Jason Taumalolo on the burst for Tonga at the World Cup last year. Photo: Photosport

All up there are four Warriors players in the squad with Fusitu'a joined by Solomone Kata, Agnatius Paasi and Leivaha Pulu. 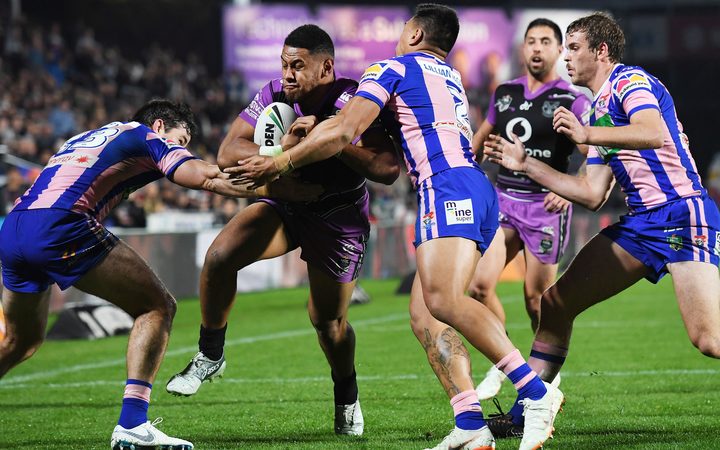 Warriors winger David Fusitu'a crashes over for a tray against Newscastle. Photo: Photosport

Woolf looked forward to some selection headaches before announcing his final squad next month and taking them on a 10-day camp.

"We are very pleased with the depth in the squad we have managed to name for this very important Test match," he said.

"We feel it is representative of the depth of Tongan rugby league in both the NRL and English Super League and also rewards players that have made a firm commitment to playing for their country of heritage.

"This will be a huge occasion for Tonga to take on the top-ranked rugby league country in the world, so we need every player we can committed to that goal."