Noeline Taurua has notched up her first win as Silver Ferns coach with a 61-37 Quad series victory over South Africa in front of a sold out home crowd in Tauranga. 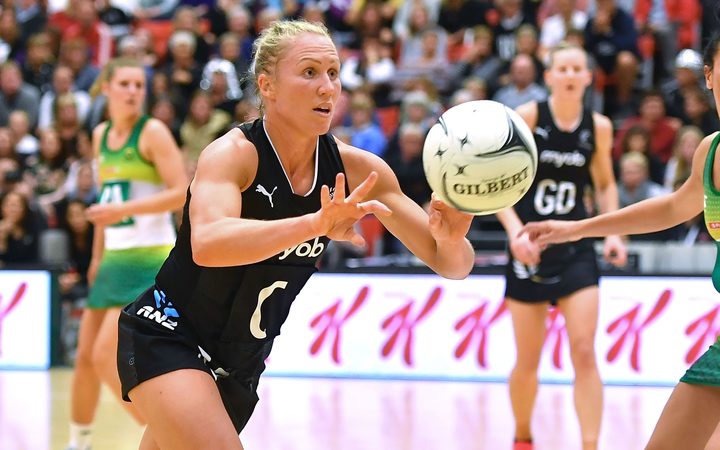 Taurua signalled her intent early on when she changed up her starting seven from the game against England, to give her side the best possible start against the Proteas.

Defender Michaela Sokolich-Beatson was given the nod over Sam Sinclair in the mid-court while veteran Laura Langman returned to her preferred centre position.

It was clear from the outset the physicality the Silver Ferns endured against England was non-existent this time around with the home-side scoring 11 unanswered goals early. The defending duo of Katrina Grant and Jane Watson shutting down the Proteas scoring opportunities.

The Silver Ferns closed out the first quarter 17-7.

With no changes to the Ferns in the second quarter, Grant and Watson continued to grind down the South African shooters. With Maryka Holtzhausen only shooting two from seven, youngster Ini-Mari Venter was given the goal attack bib. 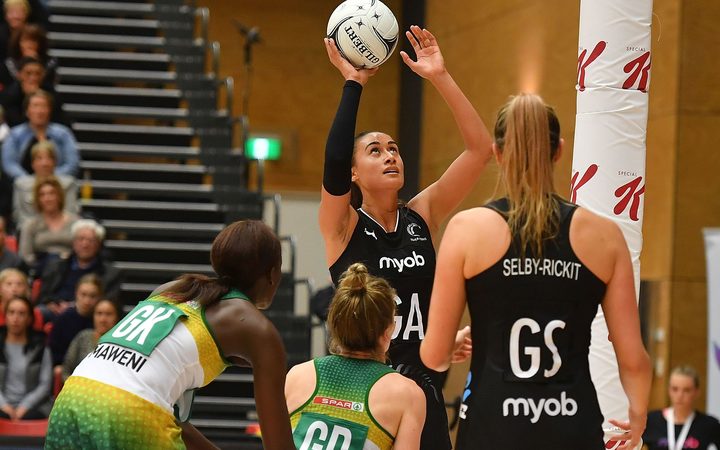 After questionable shooting in their match against England, collectively Maria Folau and Te Paea Selby-Rickit closed the first half at 93 percent, New Zealand leading 30-19.

The third quarter welcomed Sam Sinclair to centre with Langman moving to wing defence, the change was acknowledged with South Africa reintroducing fast-paced Bongi Msomi into centre to counter attack.

Msomi's inclusion resulted in more ball to shooter Lenize Potgieter but playing catch-up was always going to a big task with Sinclair's intense speed down court finding Folau with ease, who herself was back to her best shooting at 100 percent at the end of the quarter.

With a 14 point lead Taurua was able to give youngster Aliyah Dunn her Silver Ferns debut for the final quarter.

In an attempt to change things up under the hoop for South Africa, coach Norma Plummer introduced Danelle Lochner into goal attack although the reward never came shooting at a mere 50 percent.

The Silver Ferns won the final quarter by the same margin they started 17-7 and secured their first comprehensive win under Taurua 61-37.