There will be no action taken against a fan who had an altercation with Wallabies loose forward Lukhan Tui. 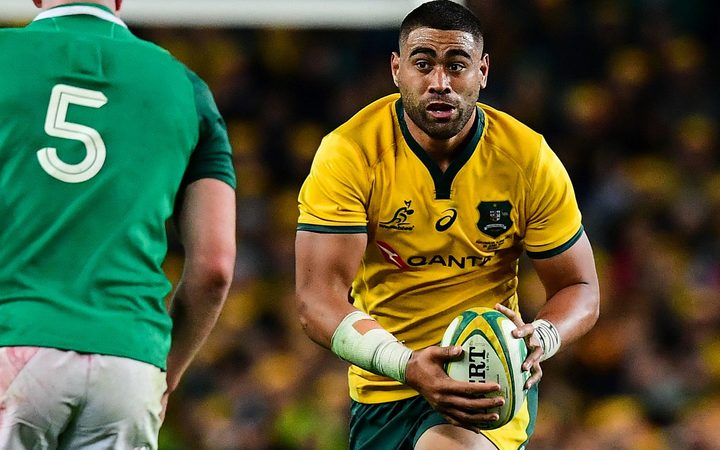 Tui was confronted by the fan following the Wallabies' loss to Argentina on the Gold Coast on Saturday.

The 21-year-old has told team mates and coach Michael Cheika he was unlikely to play again this year.

Rugby Australia chief executive Raelene Castle said two fans managed to get into an area where players' families were seated and had been "using offensive language in criticising players".

Tui had reacted after one of his family members had been caught up in the exchange.

"Wallabies team management have been in dialogue with Lukhan since the incident and he has indicated that he does not wish to pursue the matter any further," Castle said in a statement.

"Therefore no further action will be taken by Rugby Australia.

"This incident was not something you want to see at any sporting event," she added.

"Emotions were running high after the match on Saturday night and I understand why Wallabies fans are frustrated after a result like that."

Local media had reported that Tui's sister had been pushed.

The Queensland Reds loose forward played on Saturday despite the sudden death of his stepfather earlier in the week.

Castle said Rugby Australia would review security measures in light of the incident.

"The interaction between players and fans is an extremely important part of sport and we never want to see an incident like this again," she said.

"We feel that this is an isolated incident and we haven't experienced anything like this in our game in the past, so we don't want to race into any hasty measures."

Fairfax Australia reported the fan was "distraught" and had no idea on Saturday night of the personal tragedy Lukhan Tui had been dealing with.

The man, who Fairfax Media in Australia has chosen not to name, will not face sanction for the incident, which marred an already bitter loss to Argentina on the Gold Coast.

The Wallabies, who are bottom of the Rugby Championship, next travel to Port Elizabeth to play South Africa on September 29th before taking on the Pumas in Salta on October 6th.