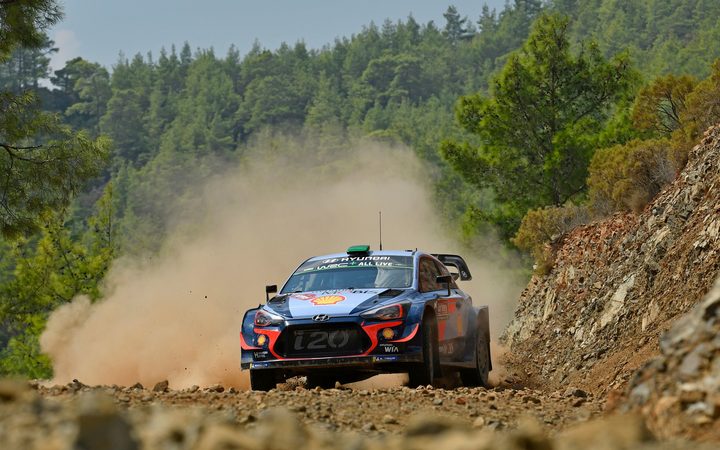 With his British co-driver Seb Marshall, Paddon stuck to his plan of being consistently fast and clean to complete Sunday's final four stages of Rally Turkey and bring home his seventh WRC career podium finish.

The pair went into the action on Sunday morning (Turkish time) in a clear third place - they were behind second-placed Jari-Matti Latvala by 57.4 seconds and ahead of fourth-placed Teemu Suninen by a safe margin of over two minutes. Paddon described the need to preserve his third place with a calm, measured approach as like being in no man's land.

With steady sixth and seventh-fastest stage times, they got to the final special stage - the bonus-points earning power stage - still easily in third, and bought home their best result of 2018 with a safe run through the exciting power stage which ended next to the Marmaris rally service park.

"I am really happy to take our first podium of the season. It has been a very tough rally. We have adopted a particular strategy this weekend that has required us to hold back and be patient," says Paddon

"Thankfully that approach has paid off and we have been rewarded with third place - it's been a while since we've been on the podium."

The 15 points for third place moves Paddon from 13th to 10th in the WRC drivers' championship standings.

Paddon's next event is the Ashley Forest Rallysprint in North Canterbury, New Zealand next weekend before he returns to Europe for the October running of Wales Rally GB.