New Zealand has finished without a gold medal at the Rowing World Championships for the first time in 17 years. 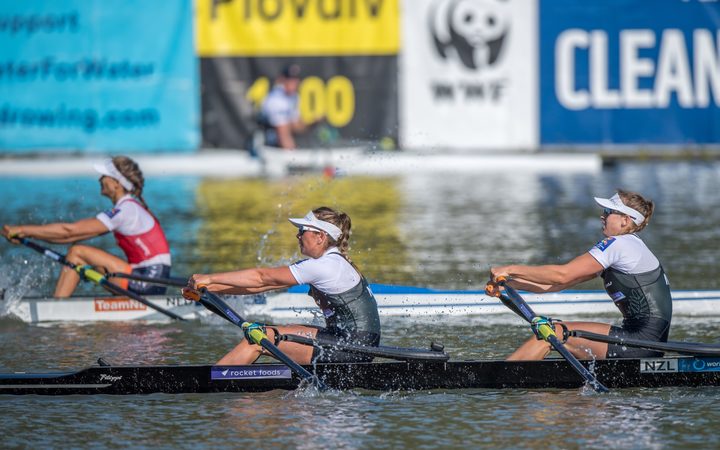 Both defending their world titles, the women's double sculls crew of Olivia Loe and Brooke Donoghue collected silver and male counterparts Chris Harris and John Storey bronze at this year's event in Bulgaria this morning.

Loe and Donoghue of took Silver in the A final of the women's double sculls, with Lithuania taking Gold and the US taking Bronze. Lithuania were in the lead from the 1000 mark with Loe and Donoghue battling for second place and the silver medal with the US.

New Zealand maintained their lead on the US and crossed the line at 6:46.

Chris Harris and John Storey secured bronze in the men's double sculls after an incredible race to the finish in the A final. France takes Gold after holding the lead position from the start and Switzerland takes silver after crossing the line point 30 of a second ahead of Harris and Storey.

New Zealand's only other medal was a silver to the women's pair, the three total medals representing the team's lowest return since 2003.

After beating out 2-time Olympic champion Mahe Drysdale for the lone spot available in the men's single sculls, and entering the A final as a leading contender for gold, Robbie Manson could only manage 5th.