A distraught Lukhan Tui has told teammates he is "not going to be playing anymore" following an ugly post-match altercation with a fan, according to Wallabies coach Michael Cheika. 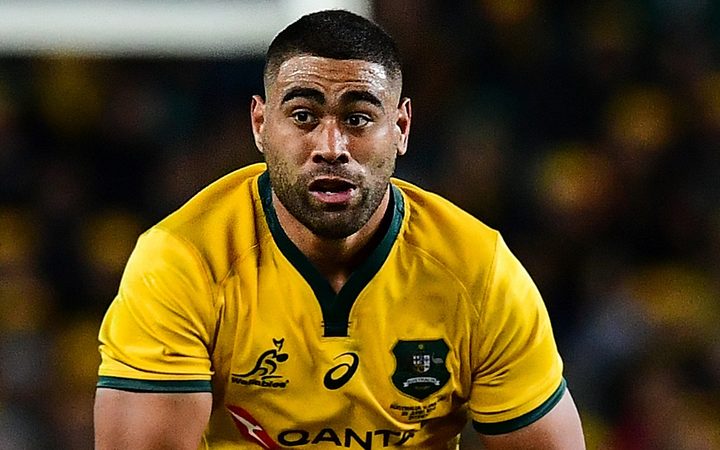 Cheika claimed the incident was sparked by Tui's sister being pushed by the supporter near the tunnel at Cbus Super Stadium on the Gold Coast, immediately following Australia's shock 23-19 loss to Argentina on Saturday night.

It capped off an already emotional week for Tui's family - his stepfather died suddenly on Wednesday, and the Wallabies were wearing black armbands in his honour.

Tui was still able to take his place in the starting team and played the full 80 minutes at blindside flanker.

But Cheika said the 21-year-old addressed the playing group after the match, telling them he needed to take time away from rugby and would cut his 2018 season short.

"So I hope the fan's happy," Cheika said.

"That's a pretty heavy thing to happen, he's just said it in the dressing room to the players now ... he's not going to be playing anymore because of that incident.

"It's one thing being upset with a team ... (but) what went down there was the supporter pushed Lukhan's sister.

"Obviously that family's had a very big week and I don't think that's appropriate that that happened.

"I know the guy probably doesn't know it's Lukhan's sister but still, you shouldn't be pushing a kid in the crowd anyway."

According to a Wallabies spokesperson, Cheika is hoping to convince Tui to keep on playing despite his announcement to players.

Rugby Australia is seeking CCTV vision from inside the stadium and will await reports from venue security before determining what course of action against the fan.

Broadcast footage showed the fan hurling abuse at players before the push-and- shove with Tui unfolded.

Other players, injured Wallabies centre Samu Kerevi and team staffers moved in to try and diffuse the situation.

The fan was later led away from the area by his throat and was detained by Rugby Australia security guards, along with another offending fan.

Police were on hand and have taken details but did not arrest either supporter.