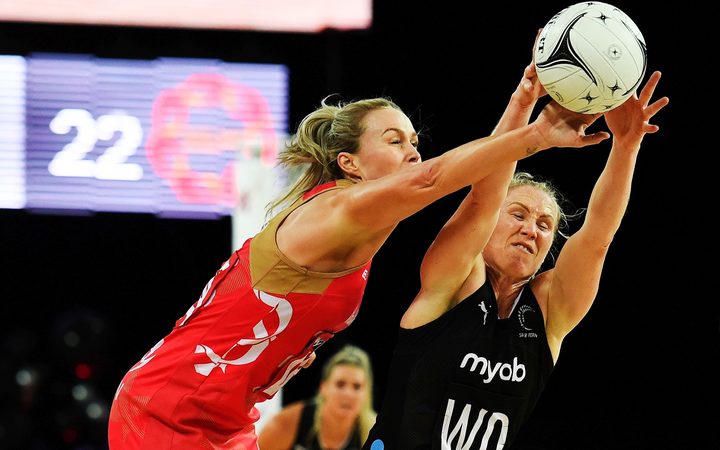 Commonwealth Games champions England have proven too accurate and consistent for Noeline Taurua's new-look Silver Ferns, winning their Quad Series opener in Auckland 52-39 in their biggest-ever victory over New Zealand.

The New Zealanders, boosted by the return of key midcourter Laura Langman after a two-year absence, started slowly and England jumped out to a 13-8 lead at the end of the first quarter.

But the Ferns fought back to take the second spell 13-9 and cut back England's lead to just one at the main break.

With shooters Helen Housby and Jo Harten missing just two of their 18 shots on goal in the third quarter, England led 38-34 with 15 minutes remaining.

But the New Zealanders faded in the final stanza, managing just five goals to England's 14. Housby topped the shooting stats, sinking 28 from 31 for 90 percent accuracy, while goal attack Maria Folau was the best of the Silver Ferns in nailing 22 from 30 for a sub-par 73 percent.

Taurua has had six days with the team, taking over from Janine Southby after New Zealand's disastrous Commonwealth Games run saw them finish outside the medals for the first time.

That lack of time was apparent in a hesitancy in the attacking third, particularly early on as Folau and Ameliaranne Ekenasio battled to find rhythm, space and accuracy.

Langman slotted comfortably back into the Ferns attacking line, first at wing defence then at centre, to provide leadership through the middle but the New Zealanders struggled with their timing and links for much of the match as new combinations took time to settle.

The Quad Series now moves to Tauranga, where the Silver Ferns will play South Africa on Tuesday before travelling to Melbourne where they tackle Australia on September 23.