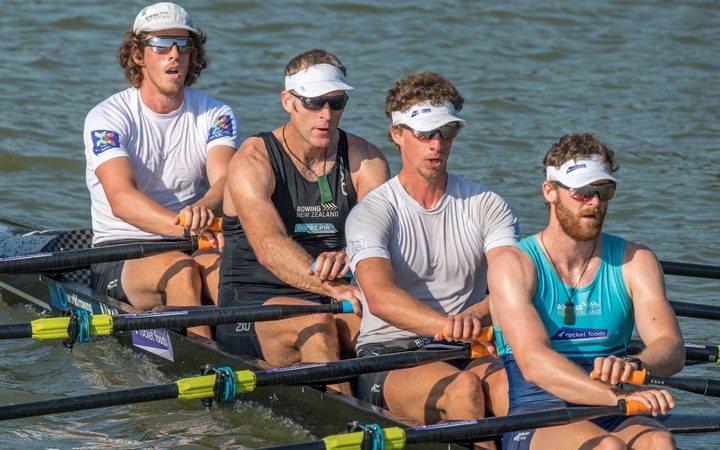 The crew have advanced the boat into the A final for the first time in 44 years at the event after finishing second in their repechage overnight.

It's the first time a New Zealand crew has progressed to the A final of the men's quad in the 44 years.

39-year-old Drysdale joined the quad after missing out on the only seat available in the one-man event to Robbie Manson - who easily booked his place in the semifinals overnight.

Manson finished top of his class in the quarter-finals, beating his closest competition, Mindaugas Griskonis ofLithuiana, by almost two seconds.

Grace Prendergast and Kerri Gowler were second in the women's pair semi final, less than two seconds behind Canada with China in third.

In the lightweight women's double sculls, New Zealand's Zoe McBride and Jackie Kiddle were a second behind the Netherlands and less than half a second ahead of Great Britain.

The lightweight men's double sculls team of Ben van Dalen and Matthew Dunham were three seconds behind Norway in their semi-final and just half a second ahead of Spain.

The finals will be held during the weekend.