Laura Langman has been named as Silver Ferns captain with Katrina Grant dropped from the role in the wake of the side's disappointing Commonwealth Games performance.

Grant has been made vice-captain. 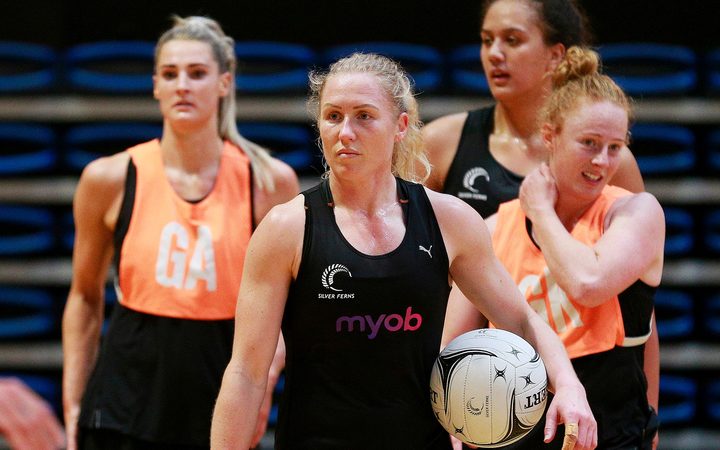 Laura Langman has only just returned to the Silver Ferns after stepping away from the international game for the past two years. Photo: Photosport

Silver Ferns' head coach Noeline Taurua said Langman and Grant provided a strong captain and vice-captain combination in what has been a limited build-up to the Quad Series and heading into next month's Constellation Cup against Australia.

The Silver Ferns play England in their opening match of the Quad series in Auckland on Saturday night.

"It is a very short turn around for our team heading into this series and as a group we decided Laura and Katrina were the players to fill those two leadership roles over the next two months," Taurua said.

"Laura's leadership qualities have been recognised in regards to her high standards she sets, her passion for the game and black dress, and her strong work ethic," Taurua said.

"She is a player who leads by example both on and off the court and has the respect of her peers.

"I know she's excited to be playing at this level again and with the honour that comes with captaining your country and with the leadership experience that Katrina brings they will provide a strong foundation base for the side."

Langman and Grant will fill the roles through to the Constellation Cup and the positions will be reviewed looking ahead to next year's Netball World Cup in England.

Langman made her international debut for the Silver Ferns in in 2005 against England.

She has since played 141 Tests for the Silver Ferns including three World Cups and three Commonwealth Games.