The first events at the World Equestrian Games began on schedule as Hurricane Florence threatened to batter what organisers say will be the highest-attended sporting event in the United States this year.

As the dressage, endurance and reining competitions kicked off 12 days of competition, WEG officials were preparing for what the Federal Emergency Management Agency (FEMA) described as a "Mike Tyson punch to the Carolina coast".

Close to an estimated 500,000 fans were expected to take in events at the Tryon International Equestrian Center which is 400km inland from where Florence is most likely to strike.

The venue could, however, still feel a significant impact from a storm on track to become the first Category 4 hurricane to make a direct hit on North Carolina in six decades. 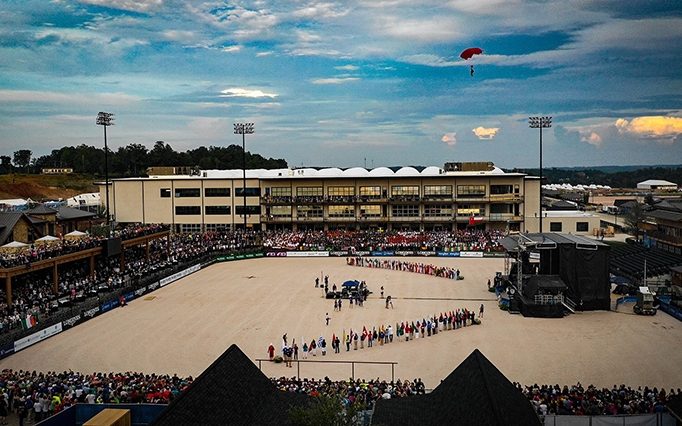 Parts of North Carolina, where the World Equestrian Games are going on, could get a metre of rain.

"This is not the first time we have had adverse weather situations. This is something we are used to," he said.

WEG said they have robust contingency plans in place, including sheltering plans for personnel and horses.

There are 1,288 permanent stalls onsite and all barns are built to conform with the international building code to withstand winds up to almost 150 kph.

There are 13 New Zealand horses competing, in a variety of disciplines from dressage to endurance.