The Blacks midfield back Sonny Bill Williams has been ruled out of their Rugby Championship clash with South Africa just hours after being named on the bench for the game in Wellington.

Williams has had an injury-plagued season with wrist, knee and shoulder problems, but was cleared to play against the Springboks on Saturday, only to be struck down with illness this week.

He's been replaced on the bench by Crusaders mid-fielder Jack Goodhue.

After making a surprise return for the third game he injured his shoulder and has not played since. 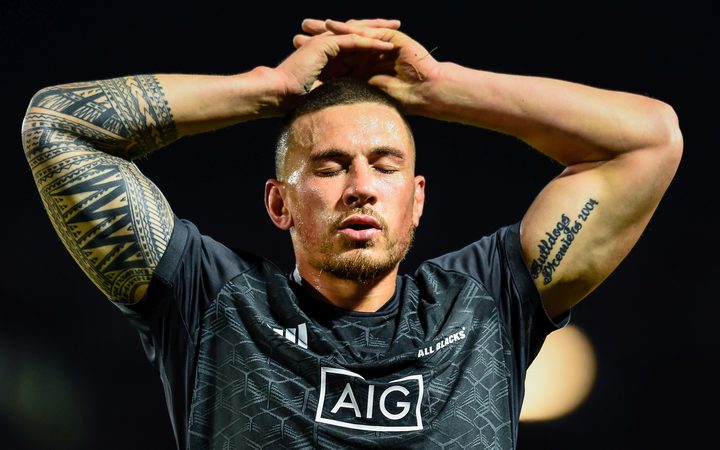 Williams was initially one of four players recovered from injury and named in the match-day 23, with centre Ryan Crotty, winger Rieko Ioane and flanker Sam Cane named in the starting side for the match at Wellington Regional Stadium.

Crotty, who suffered a concussion after a sickening head clash with team mate Goodhue in the tournament opener against Australia, will slot back into his preferred inside centre role.

Anton Lienert-Brown, who impressed coming off the bench in Sydney and against Argentina last week, will start at outside centre.

Coach Steve Hansen has recalled Ioane to the left wing after he recovered from a hamstring injury.

Lock Scott Barrett has retained his starting spot in the second row, with Brodie Retallick ruled out for up to six weeks with a shoulder injury.

Sam Whitelock, who was on the bench last week, will start with Barrett.

Jordie Barrett has returned to fullback with Ben Smith shifting to the right wing and Ioane taking the number 11 jersey. Waisake Naholo drops out of the matchday squad.