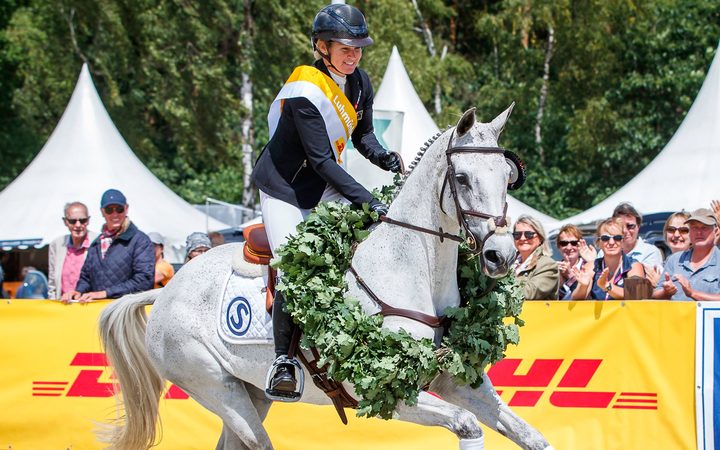 The World Equestrian Games in rural North Carolina are poised to kick off just as Hurricane Florence barrels towards the United States southeast coast.

Riders from 70 countries and horses from six continents will battle for medals and Olympic berths in tiny Tryon, with a population of 1700 and directly in the projected path of Florence, the most powerful storm to menace the Carolinas in nearly three decades.

Staged once every four years, the games have attracted an estimated 500,000 spectators are expected to take in the action in nine disciplines, including the Olympic events of show jumping, eventing and dressage.

Competition is scheduled to get underway on Wednesday (Thursday NZT)while at the same time more than a million people along the US southeast coast will be fleeing the Category 4 storm and winds of 210 kmh.

Florence is expected to make landfall on Friday, most likely in southeastern North Carolina near the South Carolina border or about 400km from Tryon.

The WEG could avoid most of the ferocious winds, but forecasters have warned the storm could linger for days and could result in 51cm to 76cm of rain falling in places, posing the risk of deadly flooding miles inland.

The National Weather Service, which has an office on site at the WEG, is closely monitoring the situation and advising organisers.

"We are proactively preparing for the possible severe weather the storm system may bring to this area and have both strategic and emergency plans in place for both the people and horses on-site," the WEG said in a statement.

"There are numerous multi-floored buildings at the venue and our permanent stabling is incredibly secure and safe. In the case of severe weather which requires immediate response, we have a robust evacuation protocol."