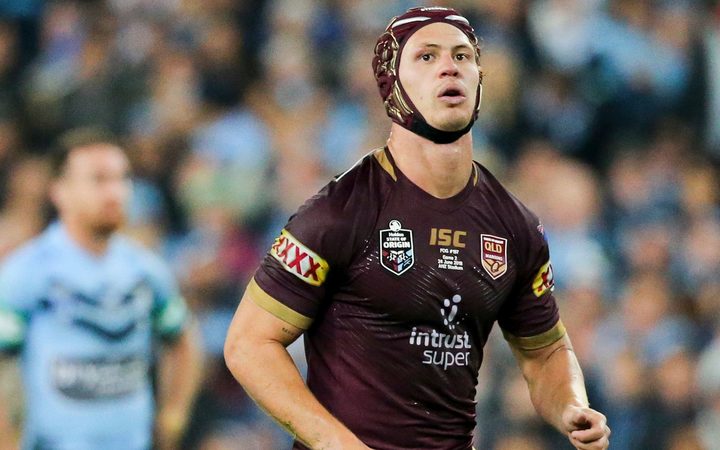 Newcastle star Kalyn Ponga is set to undergo surgery on his troublesome ankle on Thursday but could recover in time to be picked for the Kangaroos' trip to New Zealand.

Ponga is a chance of being part of the Australian squad to face Tonga and the Kiwis next month following an eye-catching maiden season at the Knights.

The 20-year-old's season was so impressive that he was crowned Players' Champion at the players' union awards on Tuesday night, adding to the Knights' top gong he won last week.

"The last week has been a bit like my season - a bit of a blur," Ponga told AAP.

"It's huge to get recognised by your peers because they're the ones that you train all pre-season to play against. Like Johnathan Thurston said, it's the highest accolade you can get."

The Knights fullback was hampered by an ankle injury over the final month of the regular season.

And while he will be out of action for two weeks - ruling him out of a potential spot in the Prime Minister's XIII's annual trip to Papua New Guinea - he could be back in time for the Kangaroos.

Ponga, who made a memorable debut in State of Origin this year, isn't holding his breath.

"The ankle's all right at the moment. I'll get surgery on it in a couple of days and be sweet for next year. I won't be out for too long. I'll be back before pre-season starts," he said.

"I'm not really looking at Kangaroos. There are obviously a few players ahead of me anyway, but it definitely gives me something to strive for."