American golfer Keegan Bradley has ended a six-year drought by defeating Justin Rose in a sudden-death play-off to win the BMW Championship, the second-last event of the FedEx Cup finals. 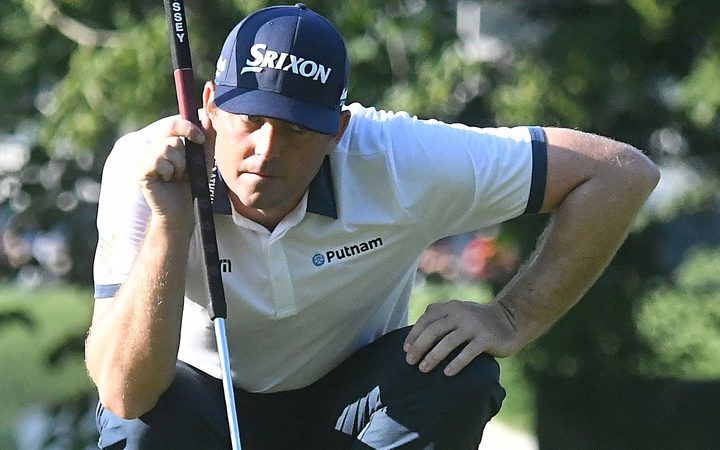 Both Rose (67) and Bradley (64) bogeyed Aronimink Golf Club's final hole in regulation to finish at 20-under-par, but Rose three-putted from off the green on the first extra hole and allowed Bradley a tap-in par for the win.

The 32-year-old Bradley last hoisted a trophy on the US PGA Tour at the 2012 WGC-Bridgestone Invitational.

The Vermont native choked back tears on the 18th green.

"It's so hard ... this is just incredible," Bradley said.

Bradley was a former user of the long, anchored putter and used it to win the 2011 PGA Championship - before anchoring the club to the body was outlawed by rulemakers in 2016.

"I'm speechless; it took a lot of hard work and lot of people helped me along the way," Bradley said.

"This has been a long time coming, so I'm thrilled."

The final round was played today after persistent rain left the course unplayable on Monday.

Five-time BMW championship winner Tiger Woods mounted another vintage charge but a late back-nine stumble has been the story of his comeback season from spinal fusion surgery.

Woods bagged four birdies on the opening nine and pulled within one shot of the lead on the back side.

But the 14-time major winner carded a 65 and ultimately settled for a share of sixth at 17 under.

"I've played a few tournaments (this year) where I was close at the end," Woods said, whose missed opportunities to win this year include the Arnold Palmer Invitational, British Open and PGA Championship.

"But at the end of the season, to say that I made it to the Tour Championship after what I've been through is a pretty good accomplishment," Woods added.