Italian motorcyclist Romano Fenati has landed himself in hot water for tampering with a rival's bike. 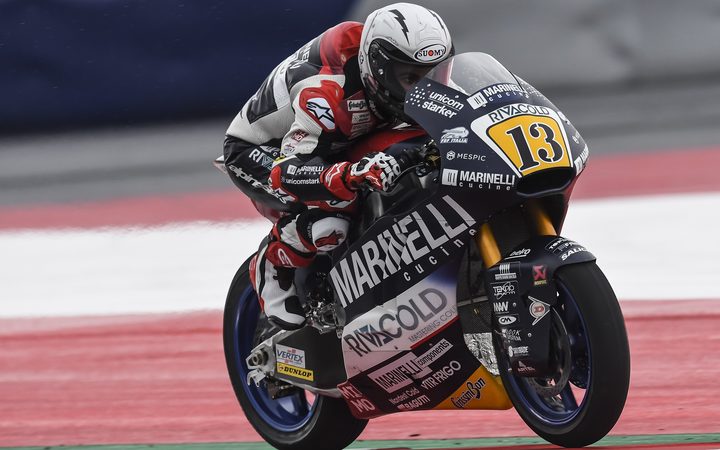 Fenati, competing in the second-tier Moto2 event in San Marino, was black flagged for grabbing fellow Italian Stefano Manzi's brake on a straight.

Manzi briefly lost his balance before regaining control of his Suter bike.

"He should never compete on a motorcycle again," said Crutchlow.

Crutchlow, who finished third in the main MotoGP race later on Sunday, added: 'He should have walked back to the garage and his team should have just kicked him straight out the back.

"You can't do this to another motorcycle racer. We are risking our lives enough."

Fenati's actions followed Manzi's attempted overtake a few laps earlier. The pair had made contact as Manzi overtook on the inside, with both riders running off the track, losing several positions and dropping out of the points.

Fenati, 22, was black-flagged and disqualified after 23 laps for "irresponsible riding" and was later banned for two races by MotoGP officials.

The Italian rider was forced to apologise for kicking out at Finnish rider Niklas Ajo during the Moto3 warm-up at the 2015 Argentine Grand Prix and he was dropped for disciplinary reasons during the 2016 season by the Sky Racing Team VR46, owned by Italian motorcycling star Valentino Rossi.

"We had a contact two turns before, but nothing to justify such a reaction, his gesture speaks for itself," said Manzi.