Former New Zealand tennis professional Belinda Cordwell says many top tennis stars like Serena Williams have got away with poor behaviour for years and authorities have not cracked down.

Speaking to Morning Report, Cordwell labelled the code violations imposed on Williams at the US Open as "technically correct, morally questionable" and said that tennis authorities had been inconsistent on handling player behaviour.

Williams' actions have divided the tennis world after she called the chair umpire a "liar" and a "thief" and said he treated her differently than male players during her Open final loss to Naomi Osaka.

Williams, who was seeking a record-equalling 24th Grand Slam singles title on Saturday, was handed a warning for a coaching violation before being deducted a point for smashing her racquet.

She then had a heated argument with chair umpire Carlos Ramos, which cost her a game. 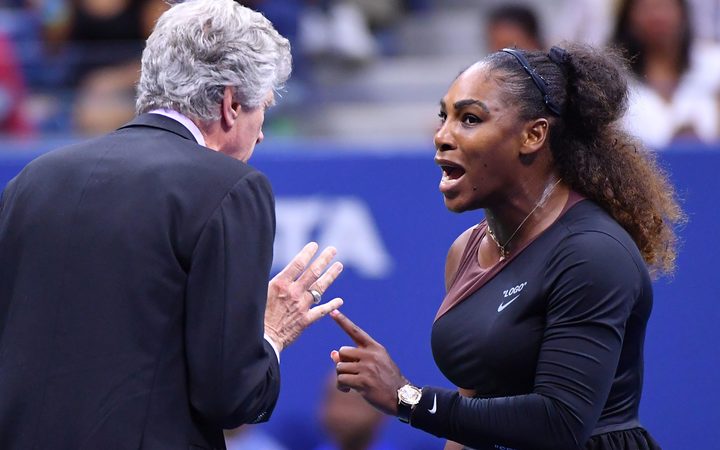 Cordwell, a sports commentator and former professional tennis player, said: "Coaches all coach from the side of the court. It is against the rules, they shouldn't do it but they all do it. So her coach was only doing what he has done for the last fortnight and possibly the last five years on the side of the court for Serena. Being pinged in the final of the US Open is a pretty tough call for an umpire to make at that stage.

"I would say it was technically correct, morally questionable. From her point of view it was an issue of consistency," she said.

"If tennis authorities and organisers had announced at the start of the US Open that side-line coaching or umpire abuse would be cracked down on, then it would never have become an issue because players could see a consistent line."

Asked if it showed sexism in sport as Williams alleged, Cordwell said that tennis had moved a long way since the era of John McEnroe, arguing loudly with umpires. 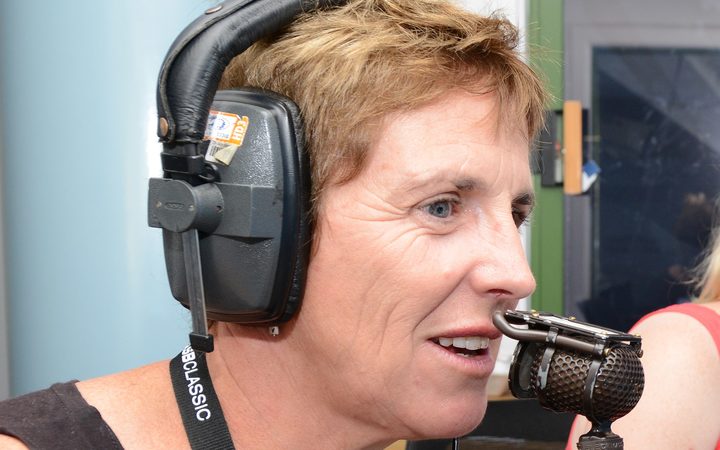 "I don't believe it was sexist. It kind of took us away from the focus of what we are really discussing here.

"Players who have been allowed over the years, through the money involved and through their power, to behave in ways which I think as a parent are really inappropriate, especially if you're trying to raise your children to have great sportsmanship.

"Players have been allowed to get away with a lot. And the authorities have not really come down strongly on either male or female players because they want them at their tournaments. Serena Williams is a fantastic draw card."

She pointed to the ASB Classic in 2017 when Williams lost in the second round to an unheralded player and blamed the loss on the "abhorrent" conditions in Auckland.

"I am not the only one who thinks her behaviour was not to the standard we would expect of a superstar. She has history. She has pedigree of behaving poorly in tournaments as do a lot of the players."