History has repeated itself in New Plymouth with Waikato ending a third-straight Taranaki Ranfurly Shield reign with a 33-19 win. 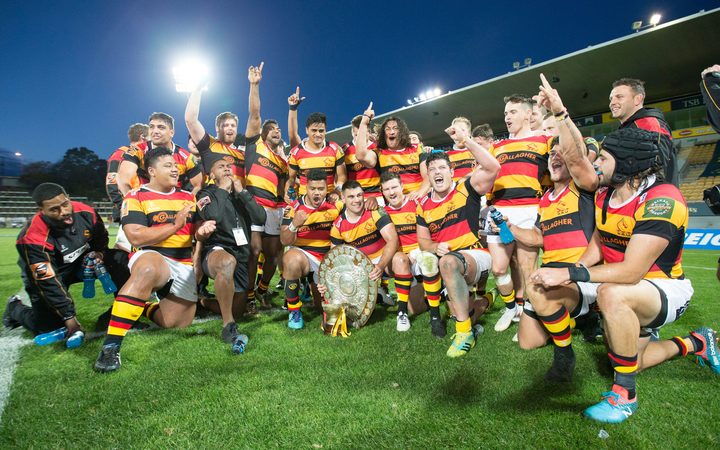 The win lifts Waikato to second on the Championship ladder and marks three years to the day since they last lifted the Shield against Hawke's Bay who they'll play in their first defence on Thursday.

It took just 90 seconds for Waikato to get on the board when skipper Dwayne Sweeney scored the opening try of the match.

Taranaki answered back not long after when the Waikato defence paid too much attention to Seta Tamanivalu and left a gaping hole for sevens speedster Regan Ware to score.

But that was to be it for Taranaki in the first half as Waikato took complete control.

Waikato out-muscled Taranaki upfront and stretched them out wide to pile on the points to go to the halftime break 33-7 up.

Taranki finally appeared to wake up in the second half scoring two quick tries and reducing the scoreline to 33-19 but Waikato shored up their defence to end Taranaki Shield reign after four matches.