Serena Williams has declared she did not know her coach was giving her instructions and did not cheat after her hopes of winning a 24th grand slam title ended in extraordinary scenes at the US Open. 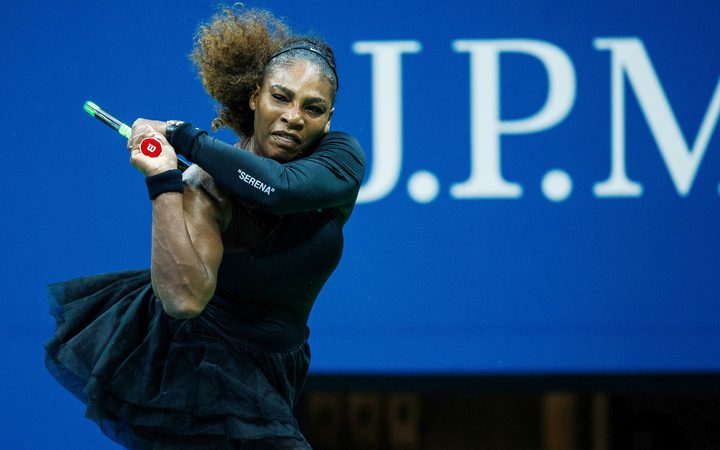 The American received three code violations, including a game penalty for verbal abuse, from chair umpire Carlos Ramos in losing the final 6-2 6-4 to Naomi Osaka.

After Williams lost the first set to the Japanese 20th seed, Ramos gave Williams the first code violation in the form of a warning early in the second set for getting instructions from her coach Patrick Mouratoglou.

The French coach later admitted to ESPN he had been giving Williams instructions but added he did not think his player had looked in his direction. He said Osaka's coach Sascha Bajin had also been giving his player advice.

"If I'm honest I was coaching, I don't think she looked at me," Mouratoglou said.

"Sascha was coaching every point too."

On court, an unsettled Williams protested her innocence, telling Ramos: "I don't cheat to win. I'd rather lose. I'm just letting you know." 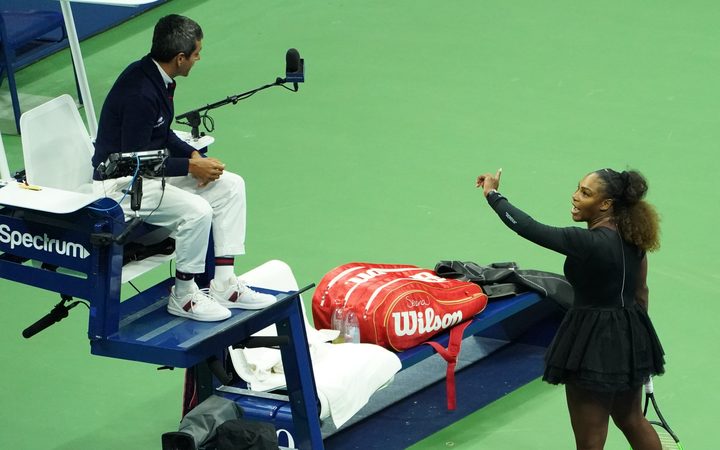 Williams continued protesting to Ramos during a changeover and after Osaka broke back the American smashed her racquet in frustration, earning a second code violation and a one-point deduction.

The incident enraged Williams and she screamed at Ramos at the next changeover, drawing the game penalty after she called him a "thief" for taking a point away from her.

"I have never cheated in my life," she fumed at the umpire.

"I have a daughter and I stand for what's right for her. I've never cheated, and you owe me an apology.

"You will never be on another court of mine as long as you live. Say it. Say you're sorry."

Afterwards, Williams said Ramos had never taken a game from a man for calling him a thief and referenced Alize Cornet being given a code violation for changing her shirt on court earlier in the tournament as an another example of double standards within the game.

"I can't sit here and say I wouldn't say he's a thief, because I thought he took a game from me," she said.

"But I've seen other men call other umpires several things.

"I'm here fighting for women's rights and for women's equality and for all kinds of stuff...