The Sydney Roosters are one game from the NRL grand final after defeating a gallant and luckless Cronulla 21-12 at Allianz Stadium. 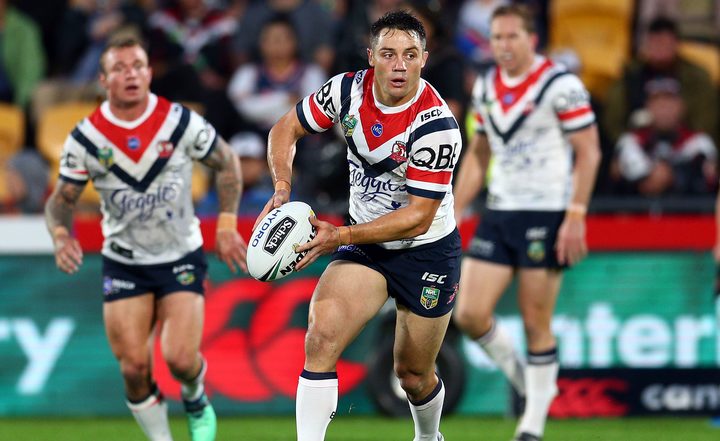 The minor premiers delivered a complete performance on Saturday night with magic man Cooper Cronk icing the game when he booted a field goal seven minutes from fulltime.

The Sharks were struck an early blow when they lost backrower Wade Graham to what appeared to be a serious knee injury.

Shane Flanagan's side will now return to Allianz Stadium on Friday night to meet Penrith in an all-or-nothing semi-final.

Despite the loss of Graham, the Sharks never gave up but were guilty of blowing two rolled gold chances with Ricky Leutele and Josh Dugan coming up with key errors in try-scoring situations.

Luke Lewis also looked certain to score when he grasped a Chad Townsend kick only to drop the ball over the line after a desperate try-saving tackle from Latrell Mitchell.

From there, the Roosters raced up the other end of the field and Cronk booted the one-pointer to leave him on the verge of qualifying for his third grand final in three years.

After the Roosters carried a four-point lead into the second-half, the Sharks edged in front when Edrick Lee swooped on a deft Townsend grubber and Valentine Holmes booted the extras from the sideline.

The Roosters re-gained the lead when Daniel Tupou flew high to bat-back a Cronk bomb into Mitchell's hands and from there the Roosters ran home with it. 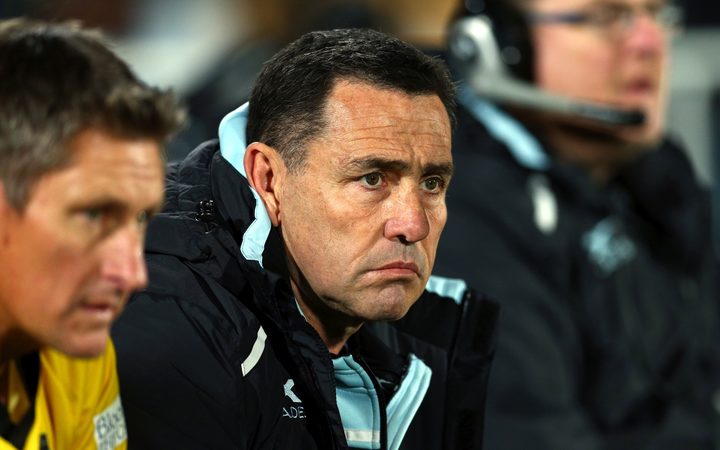 Sharks halfback Townsend was on the end of a dubious knock-on call 10 metres out from his own tryline and the next set James Tedesco sent Tupou over to make it 18-12.

The black, white and blue had reason to protest after Tedesco's last pass also appeared forward.

Earlier, Graham produced a skilful late offload to send Feki over in the corner for first points in just the fifth minute.

However he was taken off the ground just eight minutes later when he appeared to twist his right knee trying to clean up a Cronk grubber.

The Sharks back-rower coughed up the ball, allowing Cronk to regather and score, before being taken off.

Roosters centre Mitchell has a nervous wait after slamming Josh Dugan to the ground in a grapple tackle early in the second half and he will on Sunday come under the scrutiny of the match review committee.

While he wasn't put on report, the NSW Origin star has 75 carryover points and will miss game time with any charge.