Novak Djokovic will face Juan Martin del Potro for the U.S. Open title after the Serb beat Kei Nishikori 6-3 6-4 6-2 in their semi-final. 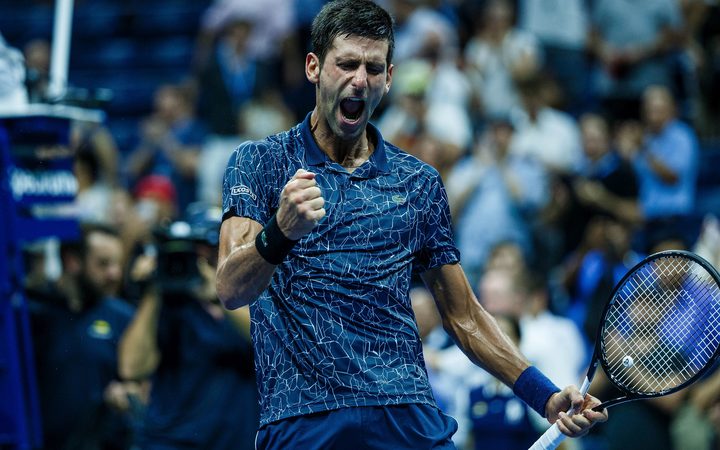 Djokovic, this year's Wimbledon champion, kept Nishikori under relentless pressure, carving out 17 break point opportunities and winning 80 percent of his own first serve points to win in two hours and 23 minutes.

Twice champion Djokovic, who reached his eighth final at Flushing Meadows and is seeded sixth this year, broke Nishikori in his first service game and closed out the opening set with an ace in 37 minutes without facing a break point.

"It felt really good," Djokovic said courtside. "Easier said than done you have to execute the shots against Kei Nishikori, who is one of the quicker movers on the tour."

Nishikori improved in the second set, coming to the net more often, but Djokovic was in imperious form. He fended off the only two break points he faced and broke the Japanese again for a 3-2 lead.

"I thought in the important moments I came up with some good second serves, some good first serves. I was returning well," Djokovic added.

"I was putting constantly pressure on him, trying to move him around the court, take away the rhythm from him, not give him the same look always. The match was really, really good from my side."

The Serb dominated from the baseline while Nishikori's cause was undermined by 51 unforced errors.

"He was playing very solid everything: serve, return, groundstrokes," Nishikori said. "Wasn't easy to stay with him tonight."

Djokovic, who was forced to skip last year's tournament due to an elbow injury and returned to the tour this year after surgery, said he was thrilled to be back on the big stage.

"It means the world to me obviously," he added. "Like thousands of other tennis players around the world I'm trying to be the best I can be."

Reaching a second consecutive Grand Slam final suggests the 13-times major champion is nearly back to his best, though he will need to be even more clinical against Del Potro, who has only dropped one set in six matches in New York.

"He's a dear friend," Djokovic said of Del Potro, who won the title in 2009. "He always possessed that big forehand, big serve ... one of the biggest forehands ever in the history of this game."

"One of the keys ... will be how well can I return, how many returns I can get back in play, but also try to have some depth in that return, and how accurately I can serve myself."

Nishikori began the third set with a confident hold of serve but the 28-year-old made four unforced errors in his next service game to set Djokovic on the road to victory.

The Japanese player's spirit was finally broken and his serve followed, with Djokovic claiming his fourth break with a fist-pumping celebration before serving for the match.

The 31-year-old, who was beaten by Nishikori at Flushing Meadows in 2014, sealed victory on his second match point to improve his head-to-head record against the Japanese to 15 wins from 17 meetings.

Del Potro won the first semi-final earlier in the day after defending champion Rafa Nadal retired with a knee injury in the second set.