Germany's Olympic and world sprint cycling champion Kristina Vogel has been paralysed following a serious crash in training in June. 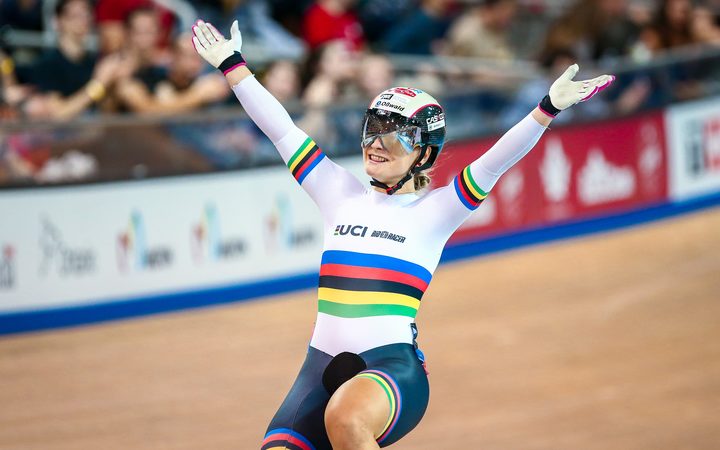 "It is shit, there's no other way to put it. No matter how you package it, I can't walk anymore," Der Spiegel quoted her as saying.

Part-time police officer Vogel suffered serious spinal injuries after colliding with another cyclist while training at the Cottbus Sport Centre Velodrome in June.

The 27-year-old had previously suffered serious injuries when she was hit by a minibus in 2009, being placed in a medically-induced coma, but battled back to win Olympic gold in the track cycling team sprint at London in 2012.

At the Rio Olympics four years later she won gold in the individual sprint despite her saddle breaking at 60kph in the closing metres of the final.

Vogel has won 11 world titles -- a record she shares with Australian great Anna Meares. She also has three European golds.

News of her condition has shocked the cycling world.

Governing body the UCI issued a statement on Friday.

"The UCI would like to express its sympathy and support to Kristina Vogel in the difficult times she has encountered since her accident at the Cottbus Velodrome in June.

"Kristina has not been able to use her legs since the accident, leaving her unable to walk and, naturally, preventing her from resuming her sporting career.

"This is a sad situation for track cycling and the sport. Her determination and good humour are well known and appreciated by all, and we at the UCI have no doubt she will make full use of these remarkable qualities in her rehabilitation."