Alastair Cook fell short of a dream farewell century as India's bowlers roared back to leave the hosts reeling on 198-7 at stumps on day one of the fifth and final test at The Oval. 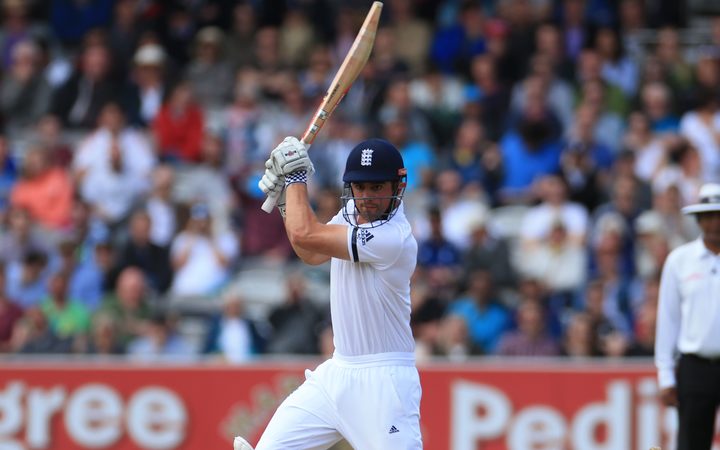 With England having already wrapped up the series with victory in Southampton last week, all eyes were on their record test run scorer Cook's bid to end his international career just how he began it 12 years ago -- with a century.

Displaying trademark fortitude he grafted his way to within 29 runs of three figures as the hosts reached 133-1 after tea, having won the toss on a day seemingly made for batting.

But when the 33-year-old played on to fall for 71 it sparked an all-too-familiar England collapse with skipper Joe Root, Jonny Bairstow and Sam Curran failing to trouble the scorers.

Moeen Ali rode his luck to score a 167-ball 50 but by the close India were in the ascendancy with England relying on Jos Buttler and Adil Rashid to repair the damage.

Ishant Sharma, who had Cook dropped on 37, was the pick of the Indian attack with figures of three for 28 while recalled spinner Ravindra Jadeja and Jasprit Bumrah took two apiece.

India are looking for only their second victory at The Oval, the previous one coming back in 1971.