Serena Williams says she still has a "really long way to go" to win a record-equalling 24th Grand Slam singles title at the US Tennis Open. 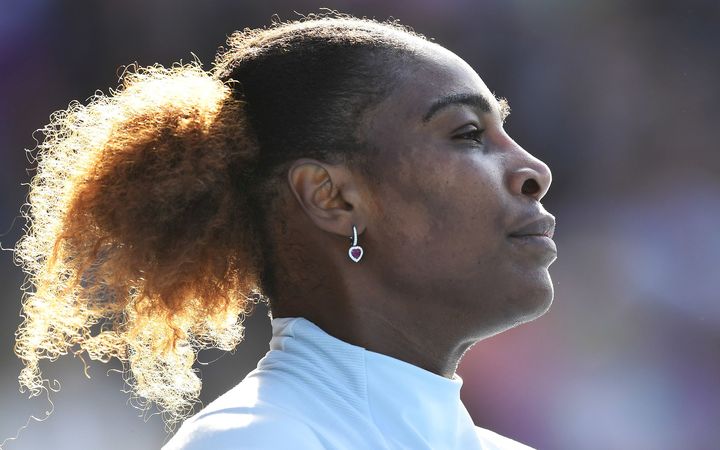 Serena Williams during her second round singles match at the ASB Classic. Photo: Photosport

The 36 year old Williams plays Anastasija Sevastova in the semi-finals later today and is the only major winner left in the draw.

A seventh US Open title would see the American equal Margaret Court's Grand Slam haul but Williams has lost her last two semi-finals in New York.

"I'd been a couple of steps away at the last Grand Slam, so I'm definitely not ahead of myself," Williams said.

"I still know that no matter whether I'm in the semi-finals or the finals, I have a really long way to go to win."

Williams has never faced Sevastova before but is familiar with the 28-year-old's tactical, all-round style of play.

"I've seen her play a lot. She's been playing really well for actually a long time. So obviously I know her game really well. She clearly knows mine," said Williams, the 17th seed.

"She's definitely someone that gets a lot of balls back and something I have to be ready for."

Sevastova, who retired in 2013 for nearly two years because of back and muscle issues, has impressed since her return and picked up the third title of her career with a win at Bucharest this year.

The Latvian made her third consecutive trip to the New York quarter-finals this year and knocked defending champion Sloane Stephens out to reach her first Grand Slam semi-final.