World surfing is riding the gender equality wave to pay parity with the backing of two of the sport's greatest male and female champions. 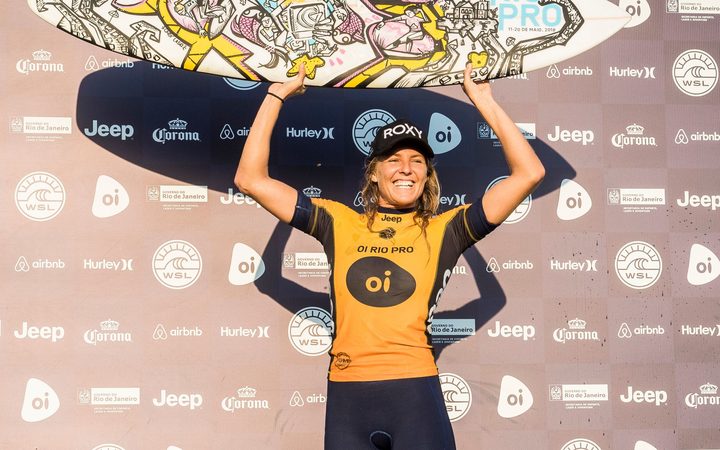 The World Surf League announced it would award equal prize money for men and women across elite tour events in 2019 and beyond as the season schedule was revealed.

Ahead of taking to the water at California's Surf Ranch Pro on Friday, Australian great Steph Gilmore said the decision was a vote of confidence for the women's format.

"The prize money is fantastic, but the message means even more," the six-time world champion and world No.1 said.

"I hope this serves as a model for other sports, global organisations and society as a whole.

"My fellow women athletes and I are honoured by the confidence in us, and inspired to reward this decision with ever higher levels of surfing."

"The women on the tour deserve this change," the surfing legend said.

"The female WSL athletes are equally committed to their craft as the male athletes and should be paid the same."

Pay parity will be covered across next season's championship, longboard, junior and big wave tours.

The WSL plans to extend equal prize money to other second-tier events as soon as possible.

"We will be working with our partners at competitions where we don't control prize money, such as certain Qualifying Series events, to achieve equality," WSL commissioner Kieren Perrow said.

The world's best surfers will return to Margaret River next season after this year's Western Australian leg was cancelled in mid-April due to aggressive shark activity.

Organisers have rescheduled the event to late May and early June to optimise the tour calendar.

"We've moved the dates of the Margaret River event later in the year to improve the pacing of the season as well as ensure the best chance for world-class conditions at all breaks," Perrow said.