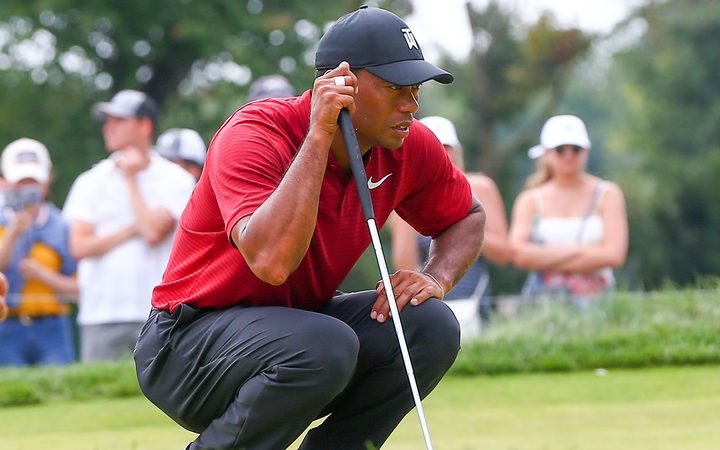 There were no surprises when Furyk revealed his selections in Philadelphia, as the trio had virtually picked themselves -- DeChambeau for his recent form, and Woods and Mickelson for their vast experience in the event.

The US will defend the Cup at the September 28-30 event against Europe at Le National in Paris.

Furyk heaped praise on the trio, particularly 14-times major champion Woods, who will now relinquish his role as a vice-captain.

"It's been great to have his help and to get a little feel of one of the best minds in the history of the game on your side helping you out," Furyk said.

"We're all excited to see him healthy again, to see his game playing so well."

Woods will return after missing the past two Ryder Cups with a long-standing back injury.

"I haven't been part of the team playing-wise for six years," Woods said. "This year to have the honour of being able to play again is beyond special.

"This team is young, full of guys in their 20s. We've got an unbelievable veteran leader in Phil who's been around the Ryder Cup since before some of these guys were born. It's a great mix of guys."

Mickelson, 48, will be making a record 12th appearance in the event, moving past European great Nick Faldo.

He has not played, however, on a winning team in Europe, where the US has not triumphed since 1993.

DeChambeau, 24, won back-to-back victories the last two weeks on the PGA Tour, jumping to seventh in the world rankings.

Furyk will announce his final captain's pick next Monday to complete the 12-man team.