New Zealand cyclist Patrick Bevin has taken the overall lead after three stages of the Tour of Britain. 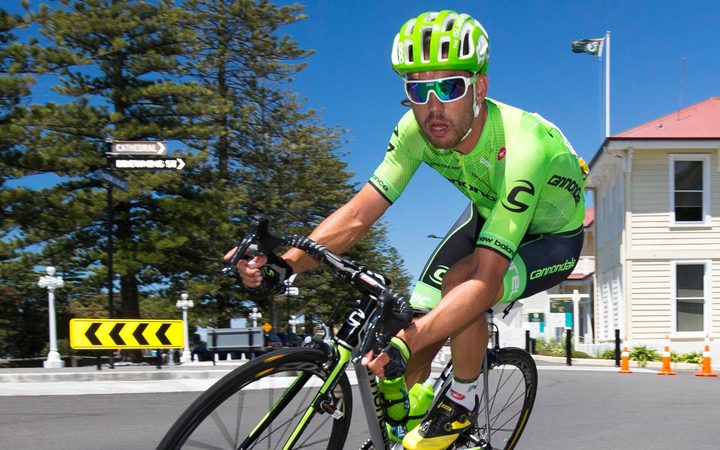 Bevin came in second behind stage winner Julian Alaphilippe of France after a bunch sprint at the end of the 128km course around Bristol.

Alaphilippe, who won the King of the Mountains prize at this year's Tour de France, outsprinted Bevin (BMC Racing) and ONE Pro Cycling's Emils Liepins.

Bevin said the stage had been challenging, with a really tough finish.

"These kinds of stages really drain the legs and for us, the idea was to try and get over the last KOM in a good position and try to fight for the win in the sprint.

"It was a really hard sprint and when we came up into the final kilometer, everyone was a little bit legless and everything happened in slow motion really," he said.

"Unfortunately, I didn't quite have the legs to get over Julian but I am happy that I can now wear the leader's jersey."

The 27-year-old Taupo cyclist made the most of the rider-friendly conditions, picking up a couple of invaluable bonus seconds at the first sprint after latching onto the breakaway at 70 kilometres.

"It was a really tough day and it's hard to explain how different the roads are compared to races in Europe - these roads really sap the legs and you are definitely on the limit a lot of the time."

And in the Vuelta a Espana, New Zealander George Bennett finished in the main group on stage 10 to remain 10th overall, 47 seconds behind tour leader Simon Yates.