The Warriors will have the calming words of Blake Green - and his deafening music - ringing in their ears as they embark on a long-awaited NRL finals campaign. 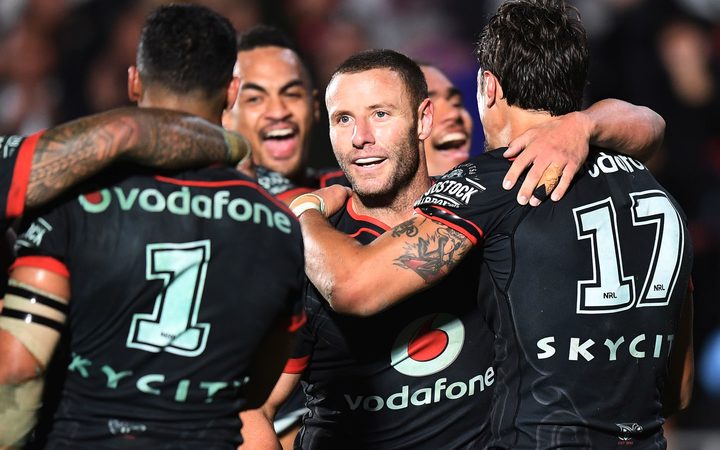 Blaring music and simulated crowd noise was the backdrop on Tuesday as the Warriors prepared for the atmosphere they expect against Penrith at ANZ Stadium on Saturday.

Fit-again five-eighth Green introduced the idea, believing the Warriors need a reminder of what awaits in the play-offs, seven years after their last post- season experience.

"It's just a lot louder when you play finals footy. It was just something I thought would be of benefit," he said.

Coach Stephen Kearney believed the attack on the senses will aid his team's communication, which he considers the most important element to get right if they are to topple the favoured Panthers.

Kearney was "more than pretty confident" the pair will play but wants to ease them through the early part of the week.

Issac Luke also trained lightly but that continued a pattern of the last month as the veteran hooker manages calf and achilles issues that have dogged him.

Veteran playmaker Green missed the regular season-ending home wins over Penrith and Canberra but is fully over a calf niggle and poised to be a key figure alongside Shaun Johnson against influential Penrith opposites James Maloney and Nathan Cleary.

His combination with Johnson has gone in fits and starts but Green reckons they can click on the big stage.

"He's a bit of a freestyler so it's my job in the team to try to put him in the best positions possible on the field, with some space."

The Warriors boast an experienced core.

The spine of Tuivasa-Sheck, Johnson, Green and Luke is complemented by Adam Blair, Tohu Harris, Gerard Beale and Mannering, who have all tasted finals football.

Green's advice to the rest of the team is to not over-think things.

"It's still the same game. There's a bigger prize at the end of it, pressure, a bigger crowd and all those sorts of things but it's a simple game, footy," he said.

"The bigger the game, the simpler the game plan I reckon."