The Nelson cyclist George Bennett has moved into the top two after the ninth stage of the Vuelta a Espana. 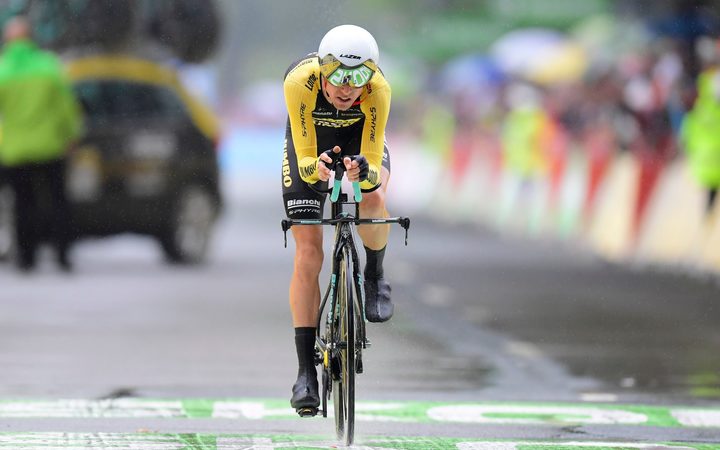 "It was a very tough day," says Bennett.

"I was part of the group of favorites all the time, until I was blown away by the wind in the last five hundred meters. That is frustrating. But the boys have helped Steven and me perfectly again. "

Despite the loss of time Bennett looks back positively on the first part of the round.

"The time differences are still very small. We have come through the first week well. I look forward to the next two weeks. "

King grabbed his second win at the Tour with a gutsy solo charge on the summit finish while Briton Simon Yates became the overall leader, a second ahead of Spaniard Alejandro Valverde.

Team Dimension Data rider King was part of an early breakaway group consisting of 11 riders, who at one point opened up a nine-and-a-half minute gap to the peloton.

He then broke free by dropping Spaniard Enric Mas shortly before the final climb in the ride from Talavera de la Reina to La Covatilla.

He held off a late challenge from Bauke Molemma to finish 48 seconds ahead of the Dutchman, collecting another summit victory after triumphing on stage four.

King is 18th overall, one place below Frenchman Rudy Molard who began the day wearing the leader's red jersey but endured a woeful stage after being forced to fix a problem with his cleats early on.

New leader Yates finished two minutes 49 seconds behind King and has the slenderest of overall leads, with 2009 winner Valverde one second behind and 2016 champion Nairo Quintana 14 seconds back after coming fifth in the stage.

Monday is the first of two rest days, with the race starting up again on Tuesday with a 177km flat route from Salamanca to Fermoselle.