The Warriors concede they won't get away with freezing on the NRL big stage in September. 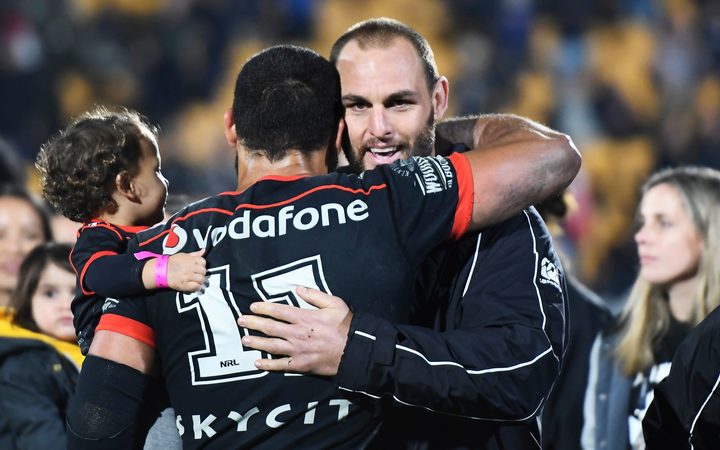 Stephen Kearney's men brought the curtain down on their best regular season in seven years with a jittery 20-16 win over Canberra in Auckland on Friday.

It was the testing win they wanted but also highlighted frailties that will be exposed in the finals if not quickly addressed.

Veteran forward Tohu Harris is particularly anxious about the errors that infected the hosts over the closing minutes as the Raiders threatened to snatch victory.

Only scrambling defence and some lucky breaks prevented what would have been a deflating loss in Simon Mannering's 300th game.

Harris, who played in the past two grand finals with Melbourne, says a repeat next week or beyond would be fatal.

"You can't freeze up against the top teams in the competition when the whole competition's on the line," he said.

"It might have come down to the occasion but we went away from the things that worked well for us throughout the match.

"I'm glad we experienced that and we'll take the lessons from it."

The Warriors could face any of Penrith, St George Illawarra or Brisbane in week one of the finals, probably in Australia.

Crossing the Tasman shouldn't be off-putting having won recorded a club record eight wins outside Auckland in 2018.

Kearney doesn't have a preference and is pleased his team will carry momentum with them, having won four of their past five games.

Standards slipped against Canberra but the fact they muscled up against a big pack was invaluable.

"We found a way to win, that's important. In the past few weeks, we've had physical teams (Roosters, Souths, Broncos) here and they've sort of bullied us off the park."