Opinion - Honouring individuals isn't something we do particularly well in New Zealand. At least not in sport anyway, where the value of humility is placed above all other traits. 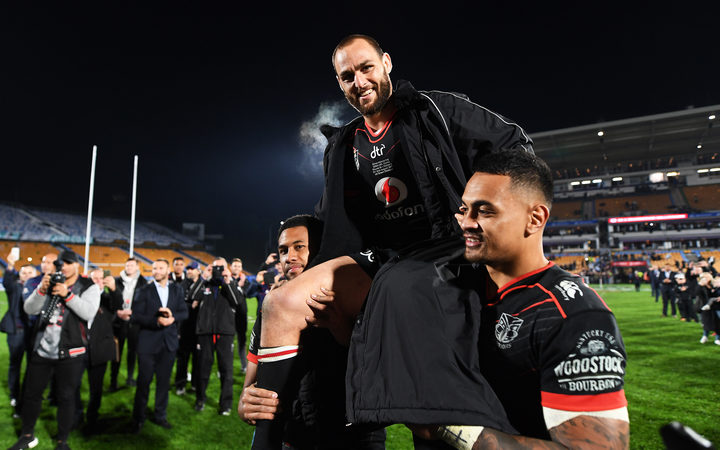 Simon Mannering is carried from the field by team mates David Fusitua and Ken Maumalo after playing his 300th match. Photo: Photosport

Knighthoods are often met with scorn, the annual Halberg Awards quickly descend into squabbling about who deserves it more - someone always deserves it more - and the term 'tall poppy syndrome' has become a punch line for Kiwi insecurity.

Not last night though. There was absolutely no doubt about the theme of last night's game of rugby league between the Warriors and Raiders. This was about one man, lifted above the team he's played his entire career for, to recognise his incredible durability and work ethic.

It was a stunning success.

That 30 metre line tho #Mannering300 pic.twitter.com/4UAwC5VuWD

It was a cold night and 24,595 people flocked to Penrose, easily the largest crowd of the season which made a mockery of the Mitre 10 Cup game played the night before at Eden Park.

You could count the number of punters on one hand at that fixture, but at the NRL game the food and merchandise stalls did a roaring trade. They could thank Mannering for that, and many of the fans were greeted with a huge mural of him as they entered the eastern gate.

All week social media had been unashamedly been making a huge deal of the #Mannering300, with messages posted on Twitter and Facebook.

They rolled out the whole lot on the big screen: NRL legends Cam Smith and Jonathan Thurston, the Fox League panel who would routinely write off any chance the Warriors have, the All Blacks, Jon Toogood thrashing out a special riff, and then the Prime Minister herself.

These weren't just pre-scripted platitudes. The other warhorses of the competition spoke glowingly of Mannering's toughness, while it was obvious Kieran Read has a huge amount of respect for a man who has to shoulder such a big workload. 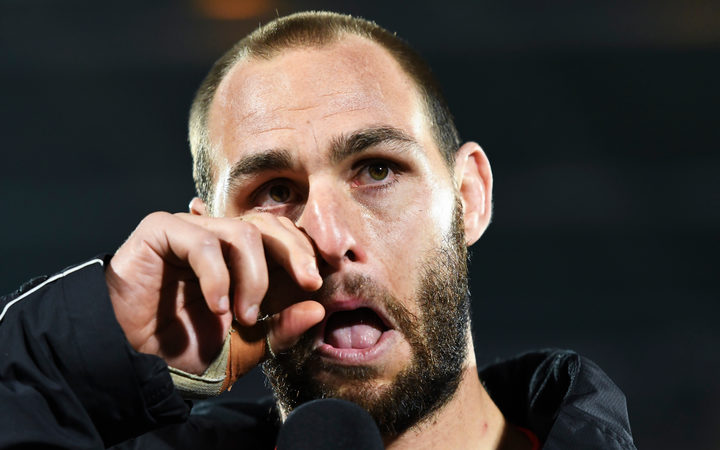 Jacinda Ardern, MP for the league stronghold of Mt Albert, spoke of leadership and work ethic. It was her second appearance at a footy fixture in one week, but this time the coaching staff didn't bring up extra government funding for their sport post-match.

The stadium went dark as the teams hit the field, then a giant spotlight illuminated Mannering as the team formed a guard of honour for him. This was the theatrics that went completely against what he probably wanted, but even he knew that this show of love was, in fact, putting the team first.

No one in attendance will forget the night they saw this entrance, and for every kid wowed by the spectacle, the Warriors potentially gained a fan for life.

The irony, of course, is that the man himself ended up sitting down for much of what ended up being a brutal war of attrition with the Raiders. However, there was one play in the first half that summed up his career perfectly.

After taking a Raiders goal line drop out, the Warriors looked all at sea after two botched plays that saw Mason Lino and Shaun Johnson slammed to the turf for a loss of yards. Mannering took it on himself to carry the ball on the fourth tackle up the middle of the track, landing with momentum and setting up a great kicking position for his halves. 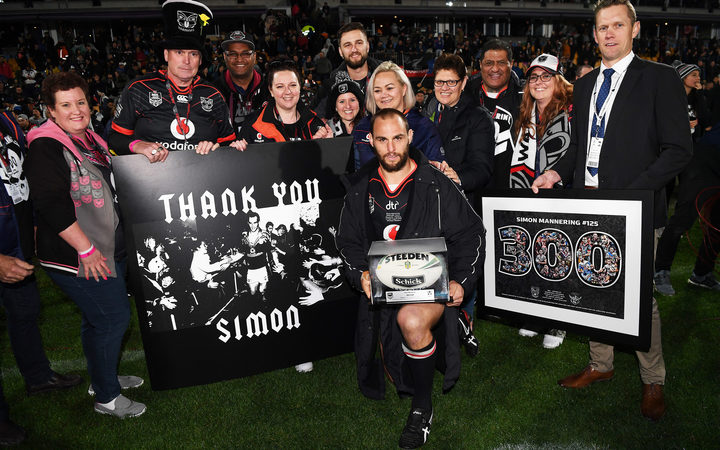 While we know the Warriors to be mostly all over the show for their whole existence, Mannering has been the solid, straight force that will get them back on track. His after-match speech was one of thankfulness, to the team, his family, and the fans - many of whom hadn't left so they could share in the moment.

His career will be over soon, and just what the Warriors do with the salary his departure frees up will be interesting, but that's a story for the off-season.

Right now it's about recognising that you can celebrate success, and be humble too - something we need to see more of.