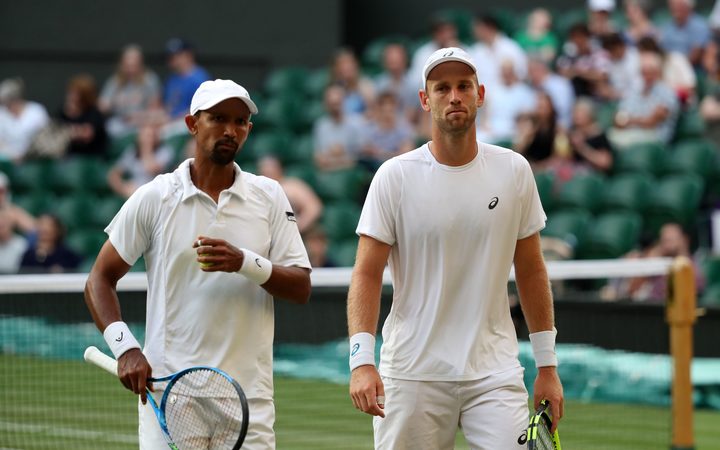 Venus and Klaasen have been beaten by the unseeded South American pair of Chilean Nicolas Jarry and Argentine Maximo Gonzalez 6-3 7-6 (5) in 1 hr 41.

The 8th seeds got off to a poor start when Venus was broken in his opening service game and they never really recovered. Venus and Klaasen were on the back foot for most of the match but to their credit fought to take the second set into a tiebreaker.

After dropping serve early in the second set, they somehow broke serve when their opponents were serving for the match and then led 6-5 before a short rain delay.

After the resumption Jarry and Gonzalez held to force a tie break. Venus and Klaasen has the early momentum and the min break at 4-2 but couldn't make it count as the South Americans closed it out 7-5 to pull off the upset win.

It will be viewed as a massive lost opportunity for Venus and Klaasen to consolidate their position in the race to qualify for November's ATP World Tour finals in London. They are currently 6th in the race and a deep run at Flushing Meadows would have had them close to cementing their spot in the elite eight team field ahead of the Asian swing.

Venus and Klaasen had been in superb form following their run to the Wimbledon final but they now face a real battle to qualify for London with four teams just behind them in the race, still alive at the US Open.