Opinion - Is there a more liked player in rugby league than Simon Mannering? The good, honest bloke who embodies hard work in the toughest game of all. That gravelly voice that gives off the most humble of sound bites, made that way by 299 games worth of being whacked in the throat while carrying yet another hit up. 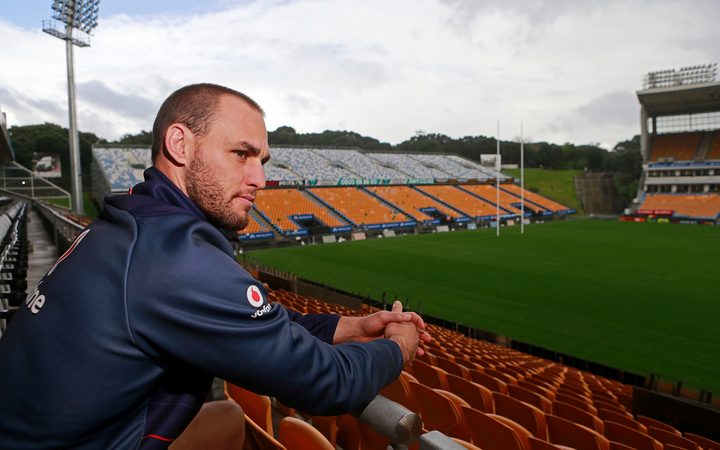 Tonight he plays his 300th game for the Warriors, a side with which he's spent his entire career. In the NRL, it's a rare feat to have stayed so long in one place.

Mannering's name will comfortably sit alongside the likes of Jones, Wiki, Price and Vatuvei in the Warriors' hypothetical hall of fame - but can he go one better than the other warhorses and finish his career with a Premiership? 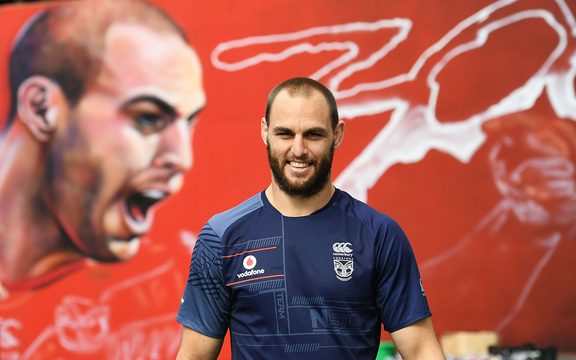 It is, unfortunately, a tall order.

The Warriors have a slim chance of hosting a home playoff with a win and if pretty much every other result this weekend goes their way, but it's highly likely they'll be heading across to Australia next weekend to take on the Storm, Rabbitohs or Roosters.

If there's one thing that the Warriors have struggled with this year, it's consistency - at least after the initial run of six victories that came to a staggering halt on Anzac Day in Melbourne.

The problem was probably best summed up in the last month, when three very good wins against the Dragons, Knights and Panthers were punctuated by a bafflingly bad loss to the Bulldogs.

If Mannering is going to be carried out a winner, this needs to be addressed quickly. But then again that's been the case all year, and for much of the Warriors' history.

It's a history that Mannering has played a huge role in, leading the team to the closest they've come to a maiden Premiership win.

The Warriors' 2011 finals charge was one that should have captured the attention of the whole country, but it happened at the same time as the Rugby World Cup.

In fact, the final against Manly took place on the same day the All Blacks played one of their pool games. It was a forgettable affair for Warriors fans despite some early big hits, as the Sea Eagles swept them aside 24-10. 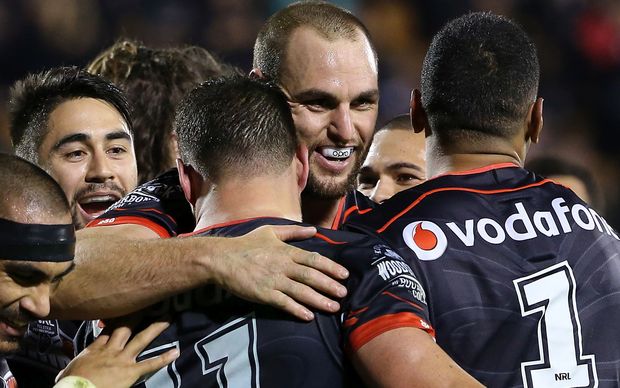 Since then, it's been a constant parade of under-achieving for the Warriors.

Mannering has often been touted as the exception to a culture of losing over the last seven seasons, and it was with some irony that the first serious questions around his effectiveness have come in this comparatively successful year.

Despite the Warriors going on an early winning streak and eventually making the playoffs, much of the praise has been heaped on Shaun Johnson, Blake Green, and the electric back three of Roger Tuivasa-Sheck, Ken Maumalo and David Fusitu'a.

Mannering has answered that criticism, along with an early season benching, to put in a typically high work rate in the middle of the park. It wouldn't have mattered anyway because the Warriors know how to honour their icons properly, with the club painting a mural, printing t shirts, getting celebrity messages across social media and generally leaving absolutely no doubt at all what sort of regard they hold him in.

That in itself deserves praise, because it's times like these we should be able to sit back and appreciate just how incredibly tough of a career Mannering has had to reach this milestone.

While tonight is about celebrating one of New Zealand sport's hardest workers, the Warriors will be in no doubt that a Premiership will take a an absolute ton of hard work too.

It's the send off Mannering deserves, so now it's up to the team as a collective to make it happen.